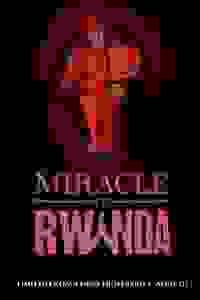 "Miracle in Rwanda" chronicles the dramatic events of Immaculée Ilibagiza during the 1994 genocide against the Tutsi.

In April 1994 in Rwanda, an extremist militia of Hutu tribesmen began a brutal, widespread effort to exterminate all members of the Tutsi minority tribe. A Catholic young woman named Immaculee went into hiding, armed only with the rosary her father gave her.

While marauders searched for her, she made a decision to pray using the beads her father gave her, transforming her heart and mind, so that in the midst of this holocaust, she found the core divinity within her, the place that no killer can eradicate.

The message is one of personal empowerment, of overcoming all obstacles through the power of faith, and ultimately finding peace of mind amidst unbelievable hardship. Often called “our generation’s Anne Frank”—yet one who thankfully survived—the true miracle of Immaculée’s story is her ability to forgive.

See it if you can put up w a religiously-infused script to see a stellar solo performance. True story is compelling, but much time is spent on prayer.

Don't see it if you want a fast-paced show. Death log scene is slow. Many blackouts/pauses. But perf is excellent w quicksilver chgs of chars. Impt history!

See it if you enjoy demanding, one-person performances that include portraying multiple characters on a serious subject that mostly eluded attention.

Don't see it if if you do not like listening to an almost narration that becomes a little preachy. The importance of the subject is diminished in some ways.

See it if Girl's religious faith & love guides her through survival ordeal and enables her to forgive afterwards. Well acted. Uplifting.

Don't see it if You want more historical details and breadth. You want more drama. A test of patience & fortitude, w/many blackouts used to mark time.

See it if curious about Rwandan genocide from a survivor's perspective, how it could be done as a one-person show, occasionally suspenseful, harrowing

Don't see it if Descriptions of mass murder and bodies piled up turn you off, can't imagine people's inhumanity to each other, don't like one-person shows Read more

See it if u want to see a heartening story of a girl finding strength thru spirituality in the face of one of the ugliest events in modern history.

Don't see it if you're looking for a fast-moving story; you aren't interested in a solo performance with little-to-no set or props. Read more

See it if true story of what she went thru to live, and the power of faith.

Don't see it if You are looking for happy story; have a problem with religion/faith. Read more

See it if Faith-based inspirational survivor's tale of journey of the persecuted finding forgiveness amidst the brutality. Multiple role solo.

Don't see it if For those not spared, did they not believe enough? Scene blackouts provide shortcut for sorely needed fill-in exposition. Read more

See it if Strong story with riveting Malaika Uwamahoro which should receive awards!

Don't see it if Genocide is a difficult topic to view.

"The one-woman show 'Miracle in Rwanda' relates the true-life experiences of Immaculée Ilibagiza. As a young woman, she survived the 1994 Genocide against the Tutsi in Rwanda by hiding for more than three months in a 3x4 foot bathroom along with five-and, eventually, seven-other human beings: all women and girls. The play uses the tag line 'An Inspirational True Story of Hope and Forgiveness,' but how much inspiration can be gleaned from such a horrific story?"
Read more

"'Not particularly dramatic. Even a potentially heart-rending scene when Imaculée reads a log of the dead is deadened by its soporific pacing…The historical revelation of monstrous inhumanity does not automatically guarantee strong drama…The play is very well acted by Uwamahoro…A tortoise-like pace, interminable pauses, and actionless scenes help what might have been a potent piece about Rwanda become a sleepy sojourn in Yawnda."
Read more

“’Miracle in Rwanda’ is not a story about the atrocities, fear, the horrors of bloodlust and revenge. It is a story about unquantifiable, unfathomable forgiveness...Uwamahoro, tells the story through movement, strong characterizations, and an open heart. She is wonderfully priceless...The direction slows the piece down and the unnecessary blackouts hinder the flow of this horrifically beautiful story...But please don’t let that keep you from experiencing ‘Miracle in Rwanda’.”
Read more

“This one person play brings light to the dark...Uwamahoro’s portrayal is sensitive, heartfelt and inspiring...Her performance shows us the journey to redemption from this awful chapter of human history...Transitions are smooth and have a flow...This is a show for anyone who has ever lost their faith. What is so amazing is this play shows how despite such a huge amount of pain from both sides peace can be had and humanity can forgive and start anew.”
Read more

“A true story and gruesome tale of fear, loss, ethnicide, and inhumanity...’Miracle In Rwanda’ is a must-see because it makes you re-analyze what is hope and bravery...This tale is brutal in context but regal in essence. As Maleika transforms her body...you are transfixed by the actress’ ability to become a completely different human being, but one that is connected in changing her character’s life forever...Its religious subtext is a driving force in amplifying that the human spirit is supernatural.”
Read more

"As Immaculée, actress Malaika Uwamahoro beautifully demonstrates the young woman's inner strength, along with a sweet boldness that serves her well during this terrible time. Uwamahoro plays many other characters as well...As much as a I love a short runtime, this was a case where I wouldn't have minded a little more length, particularly to get a bit more insight into how Immaculée and the others endured the physical and psychological strain."
Read more

"Uwamahoro’s brilliant portrayal of numerous people...'Miracle in Rwanda' focuses less on the history and politics of the conflict and more on how Ilibagiza found the strength and compassion to absolve her tormentors...Ilibagiza’s grace and resilience is inspiring...A more comprehensive frame would illuminate this shameful chapter in world history and elevate 'Miracle in Rwanda' from a story of individual transcendence to something deeper."
Read more