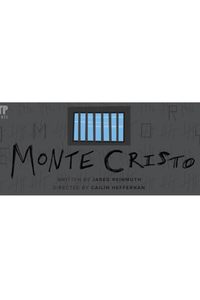 Sailor Dantes is falsely accused of treason by a friend who wants Dantes' girlfriend for himself. After 13 years in jail, Dantes escapes with the help of another prisoner and transforms himself into the wealthy Count of Monte Cristo as part of an elaborate plan to exact revenge. Rather than focusing solely on the revenge motif, this adaptation further explores the themes of memory and madness.

See it if U like to analize a story

Don't see it if If u dont like to be bored

Don't see it if Violence

"An interesting and lively interpretation to this infamous tale...Credit is due for the actors being as still as statues, but is at times a lot to follow and a tad distracting. While lively, a number of scenes could have used a bit more cohesion and polish, in terms of line delivery and overall presentation...Fans of this epic tale will enjoy New Light’s adaptation, and this organization is very much worth checking out for their innovation and willingness to take risks and play outside the box."
Read more

"The production is so overwrought and the scenes so jerky and jumbled that it’s often difficult to figure out what is what. Add to this the occasional double casting and the portrayal of the Count of Monte Cristo and Dantes by two different actors, and it’s also hard to discern who is who. And the uniformly incompetent acting doesn’t help...Unfortunately, this production succumbs to the greatest danger in ensemble work, the tendency to sink into pretension and insularity."
Read more

"It's a sprawling potboiler, operatic in tone and rococo in structure...It's a wild ride, but attentive spectators won't get lost...Several aspects of the production suffer from the familiar shortcomings of Off-Off Broadway production and finance...Intrepid theatergoers will find much to enjoy in Reinmuth's adaptation. Anyone short on intrepidity should get tickets to a show in one of the nearby Broadway theaters."
Read more

"The plot is so confusing even for people who know the novel, because actors switch roles...In 'Monte Cristo' the production comes of as a college production, because the actors aren’t skilled enough. They aren’t bad, they just aren’t seasoned enough...This production takes on movement and stylized theatre, which has to be precise and it is not. Again this production could use some pruning."
Read more

"Heffernan has molded her actors into an effective ensemble...As a large, tight ensemble piece, each actor plays very well off the other as scenes meld seamlessly from one to another…From the opening processional to the final shot, this is a vibrant production with a dedicated and talented cast. Revenge, in any century, may be sweet; however, the ensemble of 'Monte Cristo' is rich with talent and proves it."
Read more