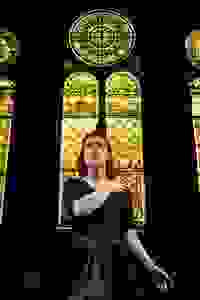 The great Baroque painters Caravaggio and Artemisia Gentileschi confess their sins to a heavenly priest in purgatory. More…

Gentileschi recounts her notorious rape and torture in order to reclaim her legacy and fully illuminate her brilliant life and art. Caravaggio, confused after his own brutal and untimely death, is searching for forgiveness -- or possibly something deeper.

See it if you have a general interest in Italian Baroque painting, or in the artists Artemisia Gentileschi or Caravaggio in particular.

Also I’ve had an interest in the Italian Renaissance since high school, love Caravaggio, admire Gentileschi & would like to know more about her. I’m the target audience for “Moth & Flame.” But the play is not effective. The performers who play the 2 artists deliver memorable moments when the script stays on course long enough to let them do their work. But the 2 artists’ stories, narrated, intercut & occupying the same intimate space in a church loft, hurl far too many facts at an audience. Because both stories, told non-chronologically & only touching each other infrequently, stop, start & jump around, the audience is left with a jumble of information & some charming bits. Gentileschi’s life, having a Roman & a Florentine phase, lots of shifts in the artist’s relationship with father & husband, & serial sexual abuse, was hard to follow. And we’re dragged through far too many of Caravaggio’s brawls, never getting much insight into his visually ravishing, psychologically astute painting.... Read more Read less

See it if you are interested in the two characters, art, the era, or two-person shows. To enjoy it more than I did, do some research on these people.

Don't see it if you need a straight-forward story line. I was so confused at times that I just gave up. My companion knew the back story and enjoyed it.

See it if You already know each character's story. Not a play. Two autobiographical monologs (each might be interesting) intercut to resemble dialog.

Don't see it if Program says sourced from two biographies. They don't talk to each other. Should have stayed apart. Poorly staged. Badly lit.

See it if You enjoy watching great acting by actors who are passionate about their work in a intimate setting and learning about 2 renown painters.

Don't see it if You don’t enjoy watching a play where there is no real beginning, middle and end or where the actor’s stories intertwine but not obviously.

See it if You love to listen to stories about Caravaggio and Artemisia. There is also a good movie called Artemisia for further background.

Don't see it if You want a play to be a play with relationships and conflict. This is more two characters reciting their own stories without really

Also Interacting. And while the stories are informative they are not involving in any way. The performance I saw ran two hours with no intermission. This is a long time to listen to two actors who do not in any way surprise, amuse or captivate.
I applaud any young playwright working on her craft. But if the script never translates into, as she writes, “dramatic tension,” there are only words.
... Read more Read less

See it if you have any interest in the artists Caravaggio & Artemisia Gentelieschi (sp?). Perfect setting, an eerie choir loft in dilapidated church.

Don't see it if you have no interest in the artists, have an aversion to creepy spaces or sitting on a wooden bench for almost 2 hours.

See it if You lust for passionate theater performed in an intimate setting with grand arguments about art, gender and God, and willing to be consumed

Don't see it if You are impatient, don't like serious plays; serious questions about art,life, gender and God, want a formal theater setting & no challenges

Also This was a huge surprise, a passionate 2-person theater piece performed in the loft of a cathedral, with minimal set and lighting, but lifted to an incredible high by the consumate performances of the actors, Sara Fellini (also the author) and Adam Belvo. It involves the "confessions" of two artists, Caravaggio and Artemisia Gentileschi, who lived at the same time and who intersected in life in ways that were both destructive and constructive! The artists, actors and author, take it beyond the average piece of theater into emotionally charged discussions of art, honor, gender and religion, all roiled into compelling theater! This is VERY worth seeing and the unusual setting and intimacy of the performance is rare and wonderful! Go!... Read more Read less

“Moth & Flame” hasn't been reviewed by any Critics (yet!)

spit&vigor
Producer
Get Alerts Alerts On Alerts Off 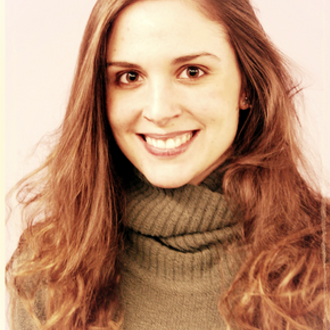 Sara Florence Fellini
Playwright
Get Alerts Alerts On Alerts Off 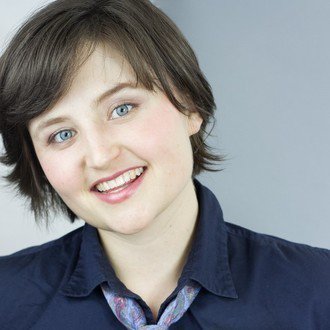 Emma Rosa Went
Director
Get Alerts Alerts On Alerts Off 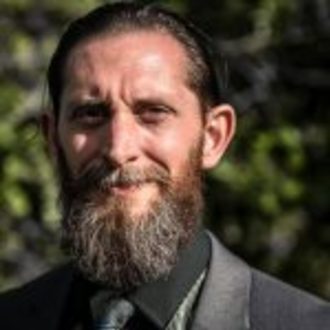 Adam Belvo
Caravaggio
Get Alerts Alerts On Alerts Off