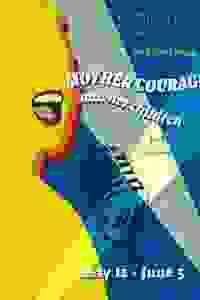 Mother Courage And Her Children (Irondale ) NYC Reviews and Tickets

An adaptation of the Brecht classic about family tragedy, cutthroat economics, and power.

See it if Brecht's grt anti-war play M C ,set during the Thirty Years War,follows one of his most exceptional char as she strives2live off war while*

Don't see it if U wonder abt an open ending & what happened to M C @ the end of the war. U refuse to think of war & its victims. Read more

"This production then reads as an indelicate transcription, because Brecht may be stone cold, but that doesn’t mean his work lacks spark. The spark of revolution, that is — though Brecht pioneered the Lehrstück, or 'learning play,' his aim wasn’t just to educate but to incite audiences to make change in their society. He wanted his plays to 'knock them into shape,' Brecht wrote. Unfortunately, this 'Mother Courage' fails to pack a punch."
Read more