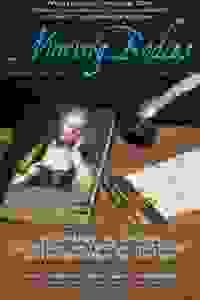 When the Marquise du Châtelet and Voltaire take opposing sides in a controversy over Newtonian physics, sparks fly. Part of the 2018 Dream Up Festival.

It's Paris 1728. Secretary of the Academy of Science affirms Newton's calculation of the force of moving bodies: Force= Mass x Velocity. When Emilie du Châtelet corrects his mistake in an open letter in the Journal of Science: Force = Mass x Velocity squared, the Secretary strikes back. Defiant, excessive, and real, the unapologetic scientist Emilie du Châtelet fought for her place as one of the world’s greatest scientists. 'Moving Bodies' reclaims Emilie's story and tells how she fought for love and science and why as a woman she was never allowed to have both.

See it if you want an entertaining take on a historical figure and those around her with some laughs (Beck & Muirhead), costumes and good period music

Don't see it if you want a snappy production throughout - there are many scenes that become both confusing and slow at times.

See it if Great Story about a Lady who was very smart with a sharp mind. Place in French.

Don't see it if If you want fast plat drama, If you do not like the time period. Read more