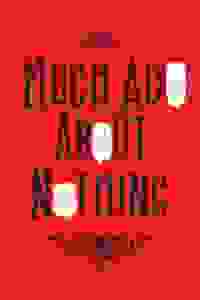 Full of wit, hilarity, seduction and trickery - this classic shows how love brings out the best and worst in us. 'Much Ado' is a comedy about unlikely romance, police incompetence, and hilarious wars of words between the enchantingly lovely Beatrice and charming player Benedick. Can anything bring these two foes together? Set against a backdrop of sun-washed, bloodstained Sicily, 'Much Ado About Nothing' opens with Don Pedro and his platoon of courtly soldiers returning from war. A masquerade ball planned in celebration of the end of the war leads to surprises, betrayal, and hilarity.

See it if You love Shakespeare! Even if you have seen Much Ado many times before, this production is fresh, giving a new treatment to old themes.

Don't see it if You want to bring very young children. But older children 10 years and up will enjoy this production.

See it if You appreciate Shakespeare and rom coms

Don't see it if If you hate shakespeare

"When it came to the comedy, Benson’s players didn’t quite earn many laughs. With some awkward physical comedy thrown into the mix in hopes to bring the funny, 'Much Ado About Nothing' was sadly anything but. And much of that is due to the way the company approached the script."
Read more

"Though adapting Shakespeare into superficial themes, such as Vietnam War-inspired 'flavors' should never be done, because it is rarely done well, Lynnea Benson directed as well as possible under such artificial circumstances...Frog and Peach Theater Company’s rendition of 'Much Ado About Nothing' packs a punch...The choice to place 'Much Ado' into this time period did not help the actors."
Read more