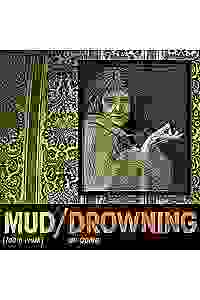 Mabou Mines presents a celebration of legendary playwright María Irene Fornés, featuring the NY premiere of Philip Glass’s opera based on her five-page play "Drowning" and a version of Fornés’ acclaimed "Mud. "

Mabou Mines and Weathervane Productions, in association with Philip Glass’ The Days and Nights Festival, present a unique celebration of legendary playwright and director María Irene Fornés, featuring the New York premiere of Philip Glass’ transformation of her five-page play Drowning into an opera and a version of Fornés’ acclaimed Mud.

JoAnne Akalaitis directs these two intimate productions (both with new music composed by Glass). They build upon a recent outpouring of recognition of Fornés’ work that began with an Akalaitis-produced marathon of her plays at the Public Theater in August 2018 and continued with the acclaimed Theatre for a New Audience production of Fornés’ landmark Fefu and Her Friends, directed by Lileana Blain-Cruz, in the fall of 2019. Earlier versions of the new Drowning opera and Mud were first performed in 2019 at the Circle Theatre in Carmel, CA, as part of the Days and Nights Festival.

See it if you’d like to see fine productions of 2 great plays from the greatest playwright the Off-off-B’way movement produced.

See it if you are comfortable with very off-off broadway and enjoy a double bill, one opera and one more a table reading

Don't see it if you prefer upbeat straight up, linear, literal stories/acting

See it if These 2 plays by Irene Fornes are beautifully realized with a minimum of props and sets letting the actors really shine.

Don't see it if you hate theater or Philip Glass adaptions.

CRITIC’S PICK. "‘Drowning’ Is a Philip Glass Opera for Just 99 Seats: This adaptation of a play by María Irene Fornés, directed by JoAnne Akalaitis, is a compact but notable new work."
Read more

"The plays are possessed of a rigor not always seen in much new playwriting, and it's a quality that is sorely missed."
Read more