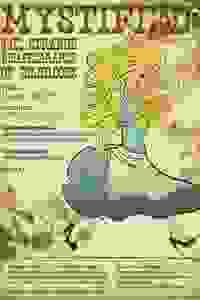 Mystified: The Strange Disappearance of Goldilocks

On the Kusp Productions presents an adults-only comedy about the disappearance of fairy-tale favorite Goldilocks. More…

Goldilocks has vanished under questionable circumstances, and the renowned television show 'Mystified' has come to Maewood to solve the mystery. Featuring live reenactments, interrogations, filmed commercials, and interviews in the style of '48 Hours,' this comic adventure is full of surprises. Not appropriate for children under age 14.

See it if You think you are in the mood to see a show that you will definitely leave you wondering how a show this bad could have gotten produced !

Don't see it if You care about any or all production values. You are in the mood for a clever comedy. You can't watch childhood favorites tales exploited.

See it if You want to have a few laughs. You are not afraid of adult humor. You are okay with raunchy, suggestive and demonstrative humor.

Don't see it if You don't have a sense of humor. You don't want to laugh. You can't laugh at raunchy humor. You are expecting a lot.

Also I didn't go to this performance expecting a lot but I went for the laughs. At the beginning of the play there was a warning about things to come so I had a idea of what to expect so I was not disappointed in this performance. I had fun and I laughed quite a bit. To each it's own but I didn't mind. I don't take every bit of life so seriously.... Read more Read less

See it if The idea of fairytale characters acting hyperbolicly sexual is hilarious to you, and enough to sustain an hour of your attention.

Don't see it if You want any sort of payoff to the central mystery of Goldilock's disappearance; you dont like amateurish productions w/ shitty sound design

See it if U know cast.Confusing! Should have been a skit in someone's living room w/ friends watching. Production certainly didn't take play seriously

Don't see it if Youre looking for an actual produced play which deserves to be seen by an audience who isnt "in on the joke". Some v funny/wackyvideo though

See it if you have a friend or family member involved in the production and you want to be supportive of their endeavors.

Don't see it if you actually like funny innuendos and entertaining acting.

See it if There's NO Reason!

Don't see it if You've ANYTHING better to do!

See it if you enjoy crude and twisted fairy tales

Don't see it if if you don't like crude adult humor

Also Went in optimistic for a fun show but was disappointed. It was slow and crude over the top sexual humor, that at most times was over the top and not needed. I don't mind crude humor when done right but this show fell short.... Read more Read less

See it if You like to suffer through an lifeless, unfunny comedy that could've been written by drunken teens in their basement (and perhaps it was).

Don't see it if Just don't

Don't see it if You have to pay any amount of money for tickets. Or if you have anything else to do. I should have done my laundry instead.

Also The acting was good, but everything else was cringe-inducing. The story made absolutely no sense, many of the "jokes" fell terribly flat, and the video sound quality was.. inconsistent.... Read more Read less

Don't see it if no

See it if very silly. laughed lots more than I expected, the actors were full of high energy and worked very well together for a fast paced production

Don't see it if want something heavy. if you don't like cute boys.

See it if You enjoy a poor attempt at trying to be raunchy or sexual. An hour to waste

Also This show seem like it was written, produced, and direct by over sexual high school performers. The were trying to make a new spin on fairy tales and it totally failed. The also show videos in and out of the show. The quality was also terrible and poorly edited by an amateur.... Read more Read less

See it if If you find humour in satirical plays with full on sexual inuendos.

Don't see it if If you have better things to do.

Also This is like watching a freshmen HS play, that's how bad it is. The video doesn't make sense, and considering today's technology, they could do better even with less budget. The pulling up and down of the projector was annoying as it cuts the momentum, the narrator was annoying strolling on the stage with no purpose. This is a poorly written, badly directed satirical.

If they had only exaggerated the words and the inuendos, with high energy, cut the videos playbacks. This has a potential to be hillarious. Too bad, you can hardly hear the audience laughing to anything they do on stage.

But kudos to a few of the actors who stayed true to their characters: Ella, Papa Bear, and the Witch.

See it if You want to see a new take on fairytale characters and would chuckle to sex jokes. And support young students in theatre.

Don't see it if You're expecting more than a high-school-ish production. And enjoy a sensible storyline.

Also To be fair the acting was quite good. And I like the idea of interviews/commercials on projector-still needs some improvement but was really funny. However the writing was not satisfying. There was basically nothing that supports the ending(you'll know what I mean if you've seen it) and the jokes could serve better if there were more details in the plot. This story has potential. You guys keep going and wish you could make it into something awesome in future!... Read more Read less

34 reviews
Get Alerts Alerts On Alerts Off
1
Disappointing, Excruciating, Insipid
May 11th, 2017

See it if You can't look away from a train wreck.

Don't see it if You value your time and prefer not to be repulsed.

Also This is just someone's really bad idea of entertainment. They tried for camp and got insipid instead. Oddly enough, there was a good performance by the witch.... Read more Read less

See it if You have a sense of humor and want a good laugh.

Don't see it if You are sensitive to ADULT humor (it gets quite raunchy), or if you're looking for an intellectual story. This is all for fun.

See it if You are kind of bored and want a slapstick inuendos.

See it if Have an hour to kill

Don't see it if You have something better to do. It's not funny, the jokes fall flat, and not well executed.

See it if You don't mind seeing a rehearsal type of show or a rough draft.

Also It started fine but it seems the actors needed more rehearsal as they kept bumping into each other. The idea was there but it lacks the ability to deliver the message... Read more Read less

14 reviews
Get Alerts Alerts On Alerts Off
40
Banal, Disappointing, Confusing, Funny
May 11th, 2017

See it if wierd, & kind of strange, sexual content!

Don't see it if If you don't like ridiculous nonsense!

See it if You enjoy a different take on fairy tales and if you don't mind the multiple pauses in the plot due to set up of stage.

Don't see it if You you don't mind raunchy sexual jokes incorporated with your fairytales and sitting in a drawn out and slow storyline.

Also The acting was good to great but the storyline and how the show was presented did not flow well.... Read more Read less

See it if You like quick jokes and adult humor. Think Avenue Q humor.

Don't see it if You get offended easily or innuendos make you uncomfortable.

“Mystified: The Strange Disappearance of Goldilocks” hasn't been reviewed by any Critics (yet!) 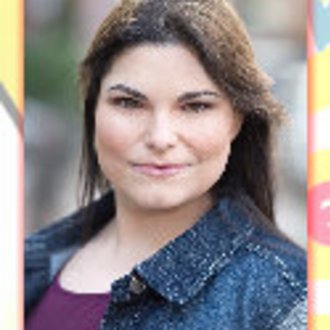 Rebekkah Sue Rosenberg
Playwright
Get Alerts Alerts On Alerts Off

Dustin Schlairet
Director
Get Alerts Alerts On Alerts Off 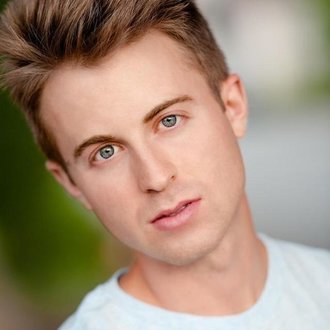 Allan Hayhurst
Peter
Get Alerts Alerts On Alerts Off 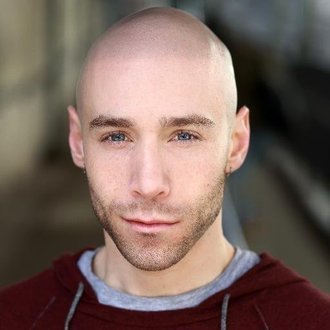 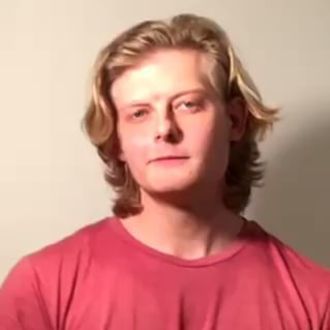 Jonathan Rentler
Det. Hansel
Get Alerts Alerts On Alerts Off 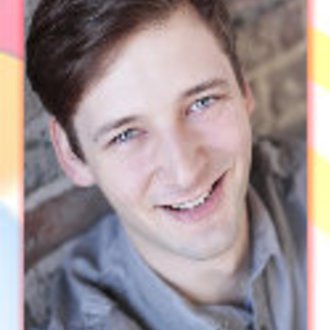