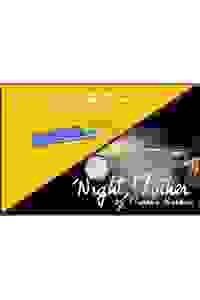 The Seeing Place Theater presents this evening of two one acts: a psychological thriller about human cloning from Caryl Churchill, and Marsha Norman's Pulitzer Prize-winning drama about suicide.

Caryl Churchill's 'A Number' is a play that explores the issue of human cloning through the relationships between a father and his three sons. A tight two-hander taking place in a not-too-far off future, Churchill's play is a philosophical investigation into free will and the question of nature versus nurture.

"'Night Mother" begins with Jessie calmly telling her Mama that by morning she will be dead, as she plans to commit suicide that very evening. The subsequent dialogue slowly reveals Jessie's life with Mama and the reasons for her decision, culminating in a disturbing, yet unavoidable, climax.

Don't see it if you're impatient w subpar work. A Number is interesting, but not well written/acted.. Inferior to Nt Mother. Long evening, depressing.

See it if You enjoy The Twilight Zone. Both shows (but especially A Number) reminded me of TTZ episodes. A little dark, odd and timely.

Don't see it if You can’t appreciate downtown theatre done in a basement on a shoestring budget. I love it but...this ain’t Phantom!

Don't see it if A number was awful bad acting, confusing story. Night mother much better mother was great. If you want 2 good shows

See it if you enjoy good acting in short plays that explore dark subjects. These two pack a lot of impact in minimal budget productions with good tech

Don't see it if you value time and comfort as it was uncomfortably warm and the seating is harsh for two productions which each ran long.

See it if #1: Your secretly cloned kids come back to haunt you. #2: Your kid wants to give you a manicure, then kill herself. Sinister humor.

Don't see it if You don't enjoy dark comedy that is mostly dark but ultimately ridiculous. If you are willing to accept the premise, you will enjoy the ride

See it if you are willing to spend a long, intense evening looking at some of the darkest, most intractable of human problems.

Don't see it if you want something short, funny & light. Read more

See it if Brandon Walker is great in 3 roles. Both shows needed this re-showing. Small intimate space makes one "WITH" the actors.

Don't see it if Both shows are two-handers. Both shows should be checked out re: info or old descriptions before attending. Read more

See it if Curious mash of Churchill/Norman and cloning(giving birth)/suicide(taking life away). 2nd act is more grounded & absorbing than moral 1st.

“Two hard-hitting two-handers...in an intriguing study of parent/child relationships...In Churchill's ‘A Number,’ Bernard discovers that his father, Salter has been harboring some pretty dark secrets about their relationship...In...'Night Mother,’ a difficult, but loving mother-daughter relationship seems like any we might experience until we realize that the clock is ticking in what are the last minutes of life for Jessie...It's a nice pairing of works nicely presented on a set that works for both.”
Read more

"'A Number': Initially, the dialogue was not quick enough to generate the driving tone that is characteristic of Churchill’s body of work, and it came to pace occasionally. Unfortunately Michael Stephen Clay is a one tone actor, while Brandon Walker is working in every scene to heighten the urgency by reacting to what Mr. Clay is not giving him...''Night Mother': Carla Brandberg and Erin Cronican are excellent scene partners...An intriguing evening of theatre."
Read more