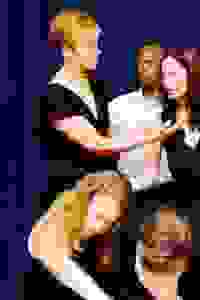 The inaugural production from Fusion Theatre is Jean-Paul Sartre's classic 'No Exit,' about three people coming to terms with eternal damnation. This adaptation is equal parts text and opera. More…

Sartre presents a post-Freudian version of Hell as three characters reflect on the criminals they were in life. This mounting merges text and opera, and features classically trained actors who are also classically trained singers, including Fusion founder Eilin O'Dea.

Don't see it if You want a contemporary play. You prefer comedies. You hate opera.

Also While the play is slow-paced & dated, the actors' performances were solid & it was clear that they are trained in classical theatre. The faults lie with the play more than the company.... Read more Read less

See it if you can tolerate some singing before a classic play.

Don't see it if you hate black box theater.

See it if if you are a fan of the Sartre play and enjoy very good acting by all three main characters.

See it if You have 2 hours to kill and nothing better to do .

Don't see it if You don't like opera or existential philosophy.

See it if You enjoy excellent acting in an excellently written classic that makes you think.

Don't see it if You cannot sit still as three characters interact in lengthy but meaningful dialogue.

See it if You like reading drama and are curious to see a stage production of a staple of literature. You don't need frills. You like a little opera.

Don't see it if You like showy productions or want an easy, thought-free production. You hate opera. You aren't into low-budget theater.

Also Loved the acting and the presentation of the story. It didn't need any excessive frills; the setup was simple and direct and wonderful, and the show's messages were clear. It's obviously a great play, but this was also a solidly-acted production with three main cast members who were totally believable as their characters.... Read more Read less

See it if You want a new spin on a classic which adds arias to the text, here in English. The actors, on a minamilist set draw us into their hell.

Don't see it if 2 hours of psycho-philosophical dialogue on a bare stage would bore you. Wish there were translations of the arias so I knew how they tie in

Also the play begins with several of the characters singing opera in Italian with no English libretto...confusing and frustrating... Read more Read less

See it if You are interested in exploring the idea that hell is other people.

Don't see it if You expect it to be a real mix of opera and theater. Singing was at the beginning and end. It was basically a regular play, nothing new.

Also It was a black box theater production with minimal props/set pieces. The actors and singers were pretty committed, but performance quality was varied.... Read more Read less

See it if For the great singing at the beginning. If you don't mind minimalistic settings. The story is a good one, execution just didn't resonate.

Don't see it if It drags on and on, with no intermission in sight. The actors seemed forced, the whole production was just all over the place for me.

See it if you are a hardcore fan of NO EXIT.

Don't see it if you think that Sartre's brilliant play will not be improved by adding a few random arias.

Also The opera-infused version of Sartre's existentialist classic is, sadly, much less than the sum of its parts. One would think that adding some immortal operatic arias to a text so brilliant that it is hard to ruin would be a good idea - but it isn't. At least not in Eilin O'Dea's version. She is a strong performer, both when singing and when acting, and comes out as quite compelling Inez. Yet, apparently, sharing the duties of a lead with those of a director has blunted her focus. As much as I appreciated the quality of singing, I don't think mixing the two ingredients gave a satisfactory result. The combination does not blend, the parts seem disjointed, and the question "why do it?" never gets convincingly answered. Next time, I'll have my Sartre as one dish, my Puccini as another, thank you.

Side note: Sartre is right - hell is other people. Especially if they don't turn their cell phones off in a theater...

See it if you love the play, you are open to creative staging

Don't see it if you are in the mood for something quick, light, and fluffy, or very true to script (there are some iffy directing choices)

See it if if u like thought provoking plays

See it if You are a huge fan of Sartre and need to see the play staged. You don't mind sitting thru 2 hours of dragging dialogue without intermission.

Don't see it if If you want to see a compelling version of No Exit. Garcin is weak. Website should accurately state the play is 2 hours, not 1.5.

Also Opera singing at the top of the play was well performed. Two actors sitting around for 2 hours with nothing to do. Strange directorial choices. Garcin is foppish and affected. Dialogue is fine but you start to feel like you're in hell yourself after 2 hours w/o intermission. Never really captured me.... Read more Read less

See it if If you are a fan of Sartre. If you like shows with very minimalistic settings. If you don't mind opera.

Don't see it if You want a funny, fast paced play.

See it if You like thought-provoking, hard to swallow material & to be challenged by art. If you like to see some strong acting.

Also Note there is a long operatic intro not translated that introduces characters. It's placed a bit oddly and there are a couple of more pieces later in the show. Although the talent of the performers was strong and I understood the reasoning behind the addition and placement (and was hoping for a refreshing look), you will have to overlook that. The show itself with the original source material as well as the staging and impressive main characters are great and really do pull you in. Actress that plays Inès, Eilin O'Dea is a standout.... Read more Read less

See it if You're a fan of existential drama that changes the way you see the world. Lots of great, subtle acting in this piece. It's truly special.

Don't see it if You're a fan of fast-paced stories with a lot of action and plot.

See it if you like intimate theater with excellent actors. The moral of this play hits hard in such a small venue. Bravo!

Don't see it if cannot climb the steep stairs to get to the actual theater. If you are bothered by competing productions' sounds. No worries, its compelling

Also I want to give top marks to the actor who played Estelle, Anita Moreno... she has a natural ease on stage; loved her subtle gestures. Also, the actor who played Garcon, Aaron Zapf is devilishly handsome much like Jon Hamm of Mad Men fame but he needs to physically loosen up a bit.... Read more Read less

See it if you have a dark sense of humor and enjoy focusing on relentless scenes.

Don't see it if you're already tired, find philosophical musings boring, or have a good ear for classical music.

Also Musically this was hit and miss. Some of the singers were better than others, but you can tell they were all actors first and foremost. Ironically enough, sometimes the actors chosen just to sing weren't as solid as the ones who played main characters. Also unless you already know what the songs they sing mean, you might have trouble understanding what they're trying to convey.... Read more Read less

See it if you want to hear beautiful voices feet away from you resonate like they never will at the met (bc so close) stron acting esp. from Inez

See it if I liked this show! Don't know why the mixed reviews. Really cool material to tackle and produce a play about. Good acting, love the concept

Don't see it if If you don't appreciate small theater

See it if If you enjoy dialogue heavy plays, plays that make you look deeper at yourself

Don't see it if Subject matter makes you uncomfortable

See it if you want an enthralling, emotionally charged theatre experience with brilliant performance.

Don't see it if you want a lot of set changing, or value action-driven plot

Don't see it if You need an intermission

See it if You enjoy dark humor, expressionistic elements

“No Exit” hasn't been reviewed by any Critics (yet!)

Fusion Theater Company
Producer
Get Alerts Alerts On Alerts Off 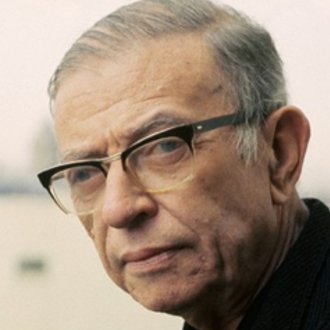 Jean-Paul Sartre
Playwright
Get Alerts Alerts On Alerts Off 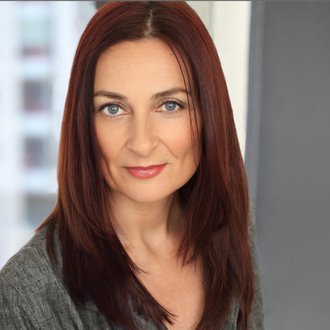 Eilin O'Dea
Director
Get Alerts Alerts On Alerts Off

Eilin O'Dea
Inez
Get Alerts Alerts On Alerts Off 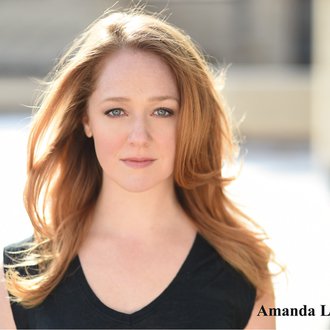 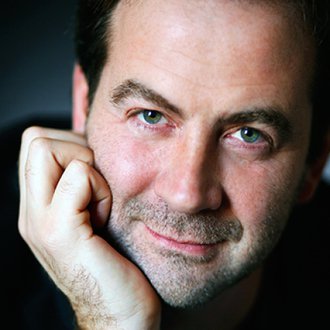 Paul Goodwin-Groen
Valet
Get Alerts Alerts On Alerts Off