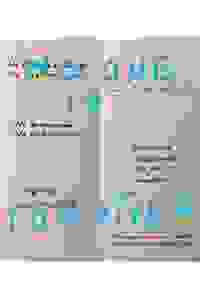 No One is Forgotten

Lali and Beng are held captive. No one knows where they’ve been taken or if they’re alive. Or, maybe their story has been broadcast to the world? A story about intimacy, surrender, and the will to live.

See it if You want to see a loving, tender, graphic portrayal of brutality and torture. An interesting look into what you hope to never see.

Also This will really make you squirm as much as it makes you think. It may leave you with as many questions as it answers too.... Read more Read less

See it if Very well acted play that gets slow at one point but overall a well done plot and direction.

Don't see it if Not a fun story. Deep, riveting. If u want lite, easy or musical.

See it if Miller's hard, clinical, haunting look at life in captivity Performed in the round by two compelling actresses, audience is captive as well

Don't see it if Dramatically, It's slow, tedious & inscrutable, just like their imprisonment It's also the reward of its existential Beckett-like appeal

See it if you are interested in how extremely cruel incarceration erodes the human psyche—& in what can survive such an ordeal.

Don't see it if scenes in which characters undergo intense psychic discomfort are too much for you to bear.

Also I liked “No One Is Forgotten” very much in parts. I wish I liked the full piece better. Insightful at how the psyches of 2 women in captivity erode over time, it also chronicles how that awful crucible forges their fraught but unbreakable bond. Both actors are strong. A crumbling prison set is stark & effective. But the piece at its current length comes to feel repetitive. Many times in incarceration’s daily grind we feel we must be at a dead end, yet it goes on. Separating scenes that are substantial interactions with flashes that last but a second or 2 can disrupt audience involvement with the characters (which clearly is being solicited). This felt like a satisfying workshop production rather than a finished product. But I was mostly engaged throughout, & deeply shaken at several points, so I’m happy I had the chance to experience this piece. Audience members with frailties should know that the pre-seating situation, standing at length in an uncomfortably crowded lobby, was trying.... Read more Read less

See it if you want to experience what the mind does to those in confinement, here well portrayed by two actors with an interesting script and set.

Don't see it if it is important for you to hear every word as this is in the round and voices get lost when pointed away.

See it if concerned about journalists & others held as political prisoners & their conditions, how captives try to stay sane & are tormented

Don't see it if frightened by issues of captivity & hopelessness, especially if it is two women depicted, don't like horrific conditions displayed

See it if you are interested an exploration of the extremes of relationship possibilities. Two women trapped in a prison cell for an undefined period.

Don't see it if you are expecting a plot with a resolution. Nothing is explained, not the location, not the time, not the cause or previous events.

Don't see it if You will be bothered with a story that explains nothing, you learn nothing and nothing is resolved in the end

Also Rattlestick used to be one of my favorite theaters in the city. I left the theater tonight really sad. I don’t understand how A play like this made it on this stage. Everything on the stage used to be brilliant and that is not the case anymore. I don’t know what the playwright was thinking or what point they were trying to get across. Both of the actors were great but I felt like their talents were completely wasted. They made great use of the space they had the lighting and sound were really good but the play just lacks in every way... Read more Read less

See it if You’re ok with deep content on being a hostage.

Don't see it if You are uncomfortable with staged intimacy or intense material.

See it if interested in how 2 women cope with confinement in every sense of the word; a political theatre take on Beckett's "I can't go on I'll go on"

Don't see it if Not willing to taste some the same boredom & repetition the characters are forced to endure. Uncomfortable with raw situations.

Also Playwright Miller brings her reporter's rigor to this piece, while leaving out all of the details that journalism demands. No specifics of the occasion, place or reason for the womens' incarceration are given, the better to concentrate on the psychological effects on the characters. We are forced into sometimes uncomfortable intimacy with both their existential and mundane dilemmas. The occasionally dull & repetitive stretches may be by design, but the script still feels like it could benefit from a further round of editing.
This is challenging subject matter, but the actors go a long way to bring humanity & humor to the illuminate the plight of unknown captives everywhere.
... Read more Read less

Don't see it if You are queasy with body issues.

See it if You want to see two expert actors. Friedman and Hayon find novel, theatrical ways to humanize and conceptualize their characters.

Don't see it if The play has important things to say, but by not grounding it in a tangible, discreet reality, we are unable to get inside and hear them.

41 reviews
Get Alerts Alerts On Alerts Off
85
Good use of a small space, Thought-provoking, Intelligent, Great acting, Absorbing
July 15th, 2019

See it if you like intense two-handers and are interested in a depiction of how being held in captivity affects the human psyche.

Don't see it if you’re looking for a linear plot or an upbeat night at the theater.

This play was raw and dark, though not without moments of tenderness and, surprisingly, even humor. Although there was no indication or explanation of where or why the characters were being held captive, I didn’t think it mattered or would necessarily have added anything much to the story. The focus of the play was on how the captives were enduring their captivity and their relationship to one another, not the circumstance of their capture. In addition to being a literal depiction of hostages in captivity, this piece could also be a metaphor for the “prisons” we create for ourselves or find ourselves in through no fault of our own.

Note: The night I was there, it was quite warm in the theater, even with the air-conditioning supposedly on.

See it if you're open to chance taking writing; you're working on being present; you've lived thru hardship & understand the need to hold it together.

Don't see it if If you don't have the patience, appreciation for Godot meets subtle Contemp Realism; you wouldn't enjoy Stoppard's question game for 2 hrs.

Also This play had all my synapses firing. A meditation on life and time and surviving. I thought about how I construct my world and who I people it with. Life is too short to not break down the prison walls that don't need to be there.... Read more Read less

See it if you like plays about people imprisoned forever, somewhere (with very committed performances)

See it if you like "we're locked in a cell" plays. Terrific acting, esply Friedman. Script grounded in reality (eat, exercise, pee, talk) YET many...

Don't see it if basics unanswered: why imprisoned? what country? professn? No discussn of outside world response. Still, actors make much of ltd material.

See it if Want to look at the human psyche under devastating circumstances. Play's raw & dark, surprisingly tender, even funny in spots.

Don't see it if Want linear/fully explained plot. Play omits a LOT. It does drag a bit & playwright also directs. Would benefit from outside objectivity.

Also I found this absorbing and was not bothered that there was no literal discussion of where or why they were captives. However, it's a very tiny space with a single, furniture-less set and by design, their days are monotonous and so becomes the play after awhile.

The two actors are excellent, however! They certainly keep the play afloat and more than compensate for any structural flaws.

Saw this at The Rattlestick Theatre in July, 2019.

448 reviews
Get Alerts Alerts On Alerts Off
During previews
58
Confusing and repetitive
July 10th, 2019

See it if You want to new types of storyteller g.

Don't see it if You want a coherent story.

See it if A very intense and absorbing drama with very strong performances by masterful actors!

Don't see it if Don’t go if you want to be entertained. This topic is about capture and torment.

See it if 2 captives locked away deal with issue in a realistic way. Believable rendering of an impossible to imagine situation.

Don't see it if You want light fare.

See it if you're a fan of 2 handers. The actors are far superior to the play

Don't see it if you are looking for a traditional linear play.

See it if you have empathy for people in dire straits, you can deal with emotionally upsetting material

Don't see it if You want something upbeat or a typical drama, you can't put yourself in other people's shoes.

Don't see it if you want a clear and cohesive narrative...you have to fill in the blanks.

Don't see it if you can't deal with "raw" and "intense" and need to know where and why they are imprisoned - for me the play was aiming for the universal.

Also To a certain extent, according to this playwright, we are all imprisoned in our relationships - playing repetitive games to pass the time, trying to one-up each other, fighting, having sex, using each other to help survive hostile environments and hoping to be well-remembered in the end. That's why the place and time of this piece is immaterial.
It could easily be read as metaphoric as well as a recounting of a realistic situation. Interesting concept well executed.
... Read more Read less

See it if It's a somewhat touching meditation on friendship and love in adversity.

Don't see it if There's a fair bit of implied violence & it's intense. If you heard "women in prison" and thought "Shannon Tweed," this is not for you. :) 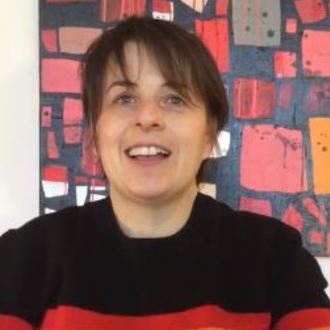 Winter Miller
Writer / Director
Get Alerts Alerts On Alerts Off