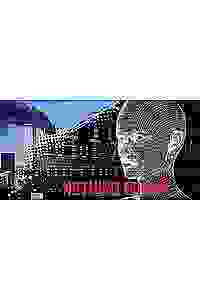 Nothing Human NYC Reviews and Tickets

A new play set in 2011, between the deaths of Osama Bin Laden and Amy Winehouse, exploring the nature of evil through computers and sci-fi.

The day after Bin Laden is found a computer engineer named Alberto reveals to a woman he meets in a bar that ever since receiving an anonymous call the night before 9/11, he's been hiding out in Boca Raton under an assumed name. The two begin an affair complicated by the presence of ALBA, the Artificial Intelligence Alberto stole from his company. Meanwhile back in New York, Alejandro, a playwright who is working on his first screenplay about The Singularity, is having trouble dealing with meddling producers.