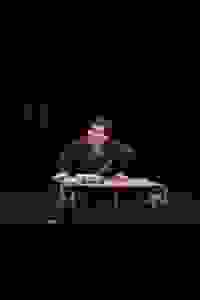 View in admin
Occasionally Nothing (Theater for the New City)
NYC: East Village
Score it Scored!

Occasionally Nothing (Theater for the New City) NYC Reviews and Tickets

An absurdist drama set in a dystopian near future where words have lost their meaning.

Three British expats find themselves in a bomb shelter in the wake of revolution and war. The three inhabitants cope by taunting each other with warped verbal sparring, using wordplay to blur each other's realities while losing touch with their own.

"Occasionally Nothing" was originally presented at the Dream Up Festival in 2018. Read reviews from that production here.