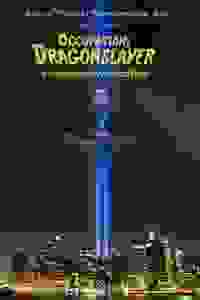 Isle of Shoals Productions, Inc. revives this musical fable about an extraordinary everyman, his lethal nemesis, and the ordinary people trying to cope with the aftermath of September 11.

It's Christmas Eve, 2002 at the doomed Tower Diner near Ground Zero. The loyal staff and eccentric regulars gather to raise one final toast before the wrecking ball strikes. A mysterious stranger enters. He seems to be a firefighter with no memory of who he is, but a preternatural ability to unearth the secrets of those he encounters. With a fierce sense of purpose, he battles the real-estate profiteer cashing in on the tragedy, which leads him to uncover the sad reality of his own identity.

See it if A great 1st effort but the production over all was rather elementary . A few good songs Maybe still too soon for this New Yorker

See it if you're into well produced Off Off Broadway theater and can appreciate a sincere effort from the heart, even though it's far from Broadway.

Don't see it if you can't keep it together when presented with a hokey resolution, if you can't appreciate each song and performance for it's own sake.

See it if You appreciate wonderful music, a heartwarmingly simple story with a spiritual twist & some wonderful acting in a minimal setting.

Don't see it if 9/11 is a trigger; you're looking for "Broadway" quality; you don't like crying in the theatre.

See it if you enjoy well put together musicals

Don't see it if You prefer grander productions

See it if You enjoy heartwarming tales of people looking for hope.

"Overall this ensemble performs very well, even with a script that proves inconsistent. Williams tries to tie together so many stories, ideas, and themes that it's difficult to tell where he wants the story to go. As a result, 'Occupation: Dragonslayer' feels choppy, with some characters' actions contradicting their personalities. Though the most glaring inconsistency is the piece's message of community."
Read more

"Directed so beautifully by Stephen Ryan, 'Dragonslayer’ is about that pride, that love, that kinship. And that magic. Our collectiveness as people, as New Yorkers, was magical…The songs are beautiful, poignant and funny. The cast–a solid ensemble. A few performers who stood out for this reviewer among an outstanding cast are Cait Kelly as Jenny the waitress hoping to be an actress and John Mervini as Damon Slade…Thank you Isle of Shoals for bringing back this gem of a musical."
Read more

"It feels like running through a list of archetypes checking off those present rather than watching one or two really develop as characters. The overall effect was to make the story seem drawn-out and without focus. Similarly, among the abundant musical numbers were several that didn’t feel like they helped move the story along at all. They simply didn’t land with any kind of emotional force...It’s clear that a lot of love went into putting this production together, but it just misses the mark."
Read more