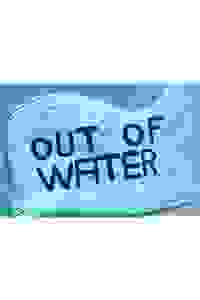 View in admin
Out of Water
NYC: Chelsea
65
Score it Scored!

Out of Water NYC Reviews and Tickets

This new Brazilian musical tells tells the story of a young boy from a small town who no longer remembers his own name, and his new friend, Mr. Out of Water, as they embark on a journey to find the sea.

The award-winning Brazilian musical Out of Water is coming to New York City following a critically acclaimed run in Brazil in 2018. Hailed as “A gem yet to be discovered” by Estadão Newspaper, Out of Water: A Brazilian Pocket Musical (meaning it runs 80 minutes with no intermission) will play 11-shows only between August 10 and September 1 at TADA! Theater (12 W. 28th Street).

Set in a very small city in the middle of nowhere in Brazil, *Out of Water* tells the tale of Kid (to be played by Eduardo Medaets), a young boy who no longer remembers his own name, and his new friend, Mr. Out of Water, as they embark on a journey to find the sea. Along the way, the two friends stumble upon various traditional Brazilian characters who guide them to overcome the biggest fears known to man, giving new meaning to their lives and their journey.

See it if You don’t mind sitting through a show that’s very light on substance. It’s somewhat clever but the talent is not there to support it.

Don't see it if You’re hoping for a well performed show or one with a clear plot line or unique sets or costumes...not here. Read more

See it if A family friendly show that needs work. The story is well intentioned but not deep enough not relevant nor good enough.

Don't see it if You want a show that has a good story to it . Actors are okay but not a show that you will remember afterwards.