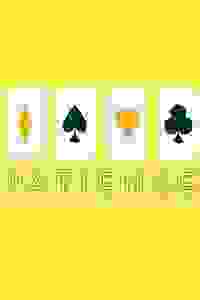 Part of the Corkscrew Festival, "Patience" offers a portrait of a young black man struggling to build a life with other people when all he’s learned so far is how to be alone. More…

Though he’s been the world’s #1 ranked Solitaire player since age 20, Daniel is hung up on another title used to describe him: “the Venus Williams of solitaire.” The threat of being eclipsed by a Serena (who just might be the determined up-and-comer Ella) is one of many pressures Daniel carries, alongside his difficulty communicating with his soon-to-be husband, his fraught relationship with his “momager,” and the burden of being excellent in a field that only has room for one excellent person at a time.

Patience is Johnny G. Lloyd’s ingenious portrait of a young black man struggling to build a life with other people when all he’s learned so far is how to be alone.

See it if You want to see some great actors in a sometimes great play. Moments of genius elevate the entirety of this show.

Don't see it if You can’t look at it with a “workshop eye”. This one definitely has some rough edges but there is a true gem in there.

Also Some gorgeous writing here. Some even better acting. It all needs a good editor to help it take a better shape.... Read more Read less

See it if If you want to see a show that needs more work to it. Some good acting. Show is good at times.

Don't see it if If you want a fast paced production or a quality storyline. Plot is not solid with this one.

See it if the world of gaming or the lives of contemporary black characters interest you.

Don't see it if you are in the mood for a high-octane, high-decibel drama.

Also In “Patience” a young adult black gay man, Daniel, is at a crossroads. He’s getting married & wants to leave the world of card-playing even though he’s best in the world at his game. His (likely) final match is with a young (late teens!) black woman, a prodigy who’s hero-worshiped Daniel for years. Both the champ & his challenger are strongly written & played. (Young Kristin Dodson gives 1 of the electric performances of the season!) The overall mood is nicely low-key. And there’s a lots of pleasure in watching the play’s 5 accomplished black characters operate in a story in which race is not a determining factor. But there are plot problems. The hero’s relationships with his fiancé & his mom-manager feel undernourished. A 5th character, at once an academic, a publicist & an ex-card player, feels like a cipher, there so the plot doesn’t break down. But because of the mood & the 2 highly memorable central characters, I’ll be looking for Johnny C. Lloyd’s future plays.... Read more Read less

See it if you want to see the tug between work and relationships with interesting actors: Gitta's dour Daniel; Crawley's great stage presence; con't,

Don't see it if you want a snappy play - lots of scene changes, done well, still break up the flow. Low budget set works well with good lighting but shreds.

Also I realize that this show is not about solitaire even though that is the game that is talked about and played throughout most of the show. It drives me crazy when someone is supposed to be the world’s greatest solitaire player but they’re not even coming close to playing the game the way that it’s meant to be played. I realize that’s not the point of the play but it would be like writing a play about baseball and when someone hit a homerun everyone on stage yells “touchdown”. I never play the game of solitaire but I think everyone in the world knows the basic rules of the game. I don’t think it would’ve been that hard for the actor and actress to realistically play a game of solitaire. This really bothers me because I think there was a lot of talent on that stage but not much script to work with... Read more Read less

See it if Very strong performances by all actors. Interesting script with a twist. With some tailoring of the script, this drama could go to Broadway.

Don't see it if If you don’t like simplistic plays then this one is not for you .

Don't see it if simple plays don't appeal to you

Don't see it if You are expecting to see a lavish production, a musical or comedy or if you are homophobic or offended by profanity.

See it if you enjoy character driven plays about the struggle to understand what you really want and accepting when change is needed.

Don't see it if you prefer elaborate staging and complex plots.

See it if You like the story and just want to support live performances. There are good actors but I don't think the writing helped them shine.

Don't see it if You have high expectations, it's a mediocre show in general. I have seen worse, so it's not that bad. I just wasn't wowed.

“Unfortunately, Daniel's ambivalence proves to be an impediment to the success of ‘Patience.’ It would be one thing if he were a strong character, torn about which path he'll take moving forward. Rather, he seems to be a customarily wishy-washy guy, who avoids making choices (or ‘decisions’).”
read more
Get Alerts Alerts On Alerts Off 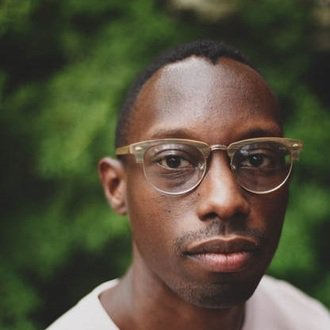 Johnny G. Lloyd
Playwright
Get Alerts Alerts On Alerts Off 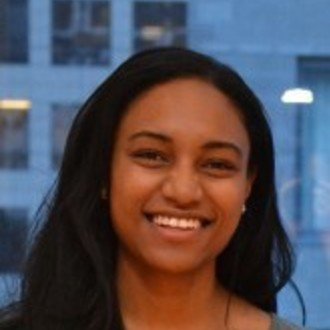 Velani Dibba
Director
Get Alerts Alerts On Alerts Off