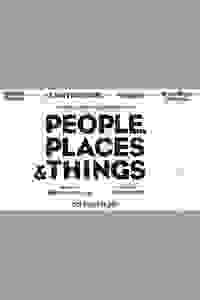 Denise Gough reprises her Olivier Award-winning role in the U.S. premiere of this drama, a raw, heartbreaking, and truthful performance about life spinning recklessly out of control. More…

Emma (Gough) was having the time of her life. Now she’s in rehab. Her first step is to admit that she has a problem. But the problem isn’t with Emma—it’s with everything else. She needs to tell the truth. But she’s smart enough to know that there’s no such thing. When intoxication feels like the only way to survive the modern world, how can she ever sober up?

See it if for the stunning performance by Gough (altho she cries too often). The staging also dazzles. Addiction 101 w/a little room for hope.

Don't see it if you dislike the subject, hate loud noises/bright lights (used infrequently), you question the 12-step reliance on spirituality/surrender.

Also PPT was stupendous visually (like Curious Incident) and Gough is a force of nature (altho, as I noted, I got sick of her crying)...but just as her character pushed against the idea that spirituality was the only way to redemption, so do I. The playwright seemed to suggest that a Higher Power was necessary. Also, some of the characters' actions seemed impausible (would the mother really put her daughter in harm's way so blatantly?) Some of the speeches are terrific (eg re: the joys of acting) and Gough never lets up. Well worth the trip to Brooklyn.... Read more Read less

Don't see it if it's a very entertaining play unless you are severely repelled by the issue of addiction.

Also Gough is​ spellbinding, never leaving the stage. Tour de force.
If I have to find something here is that it sometimes is more informative than shocking.
... Read more Read less

See it if Real & Raw depiction of the struggle of addiction, expertly performed by Gough. The staging is spectacular. Def worth the trip to Brooklyn

Don't see it if Even if you aren't interested in addiction/mental health issues, it's an interesting story & excellent performance

See it if An absolute masterclass in acting. Intense and creatively staged. Heavy topic of addiction dissected like a slap in the face. Amazing!

Don't see it if The topic of addiction is interesting to you. If you don’t like heavy plays. It is intense.

See it if An addict journeys out of fog into her shrouded past and future. Incredible acting. Stunning staging. Gut wrenching climax with a twist.

Don't see it if You are not interested in an intense drama with dissonant sounds and flashing lights. You don't enjoy expressionist staging.

Don't see it if you need your fix of frivolous, feel-good theatre; or you have a hard time being confronted with unsettling portrayals of drug addiction.

See it if you want to see some really exciting theatrical staging and production value, completely in the service of a deeply affecting play.

Don't see it if you're looking for a fun night out. This one is heavy. (But very worth it.)

See it if you want to see a breathtaking performance by Denise Gough. Also, highly creative direction by Jeremy Herrin. Kudos also to Barbara Marten.

Don't see it if seeing a person going through rehab makes your feel uncomfortable.

Don't see it if you are looking for something light and cheerful. This show is about drug addiction.

Also Everyone is praising the main actress and she does and incredible job but what makes her performance so good is how great the rest of the cast is. All I ask for is a balanced cast when I see a show and this was balanced because all the performances were great. I assume this theater is new. Tickets were very expensive but it was worth it for me. Its a very kool and interesting space.... Read more Read less

Don't see it if you’ve never been the only dissenter or had to suppress feelings for your/others' benefit; your desires always match those of the group

Also This show is really well done. The writing is great and quickly transports you into another person’s reality. Also, this is a play you can bring a non-theatergoer to to convince them that theater is awesome. It’s contemporary and theatrical but not so avant-garde-weird that you have to rationalize that something’s an “acquired taste;” and every element from the set to the casting is so well thought out and executed you don’t have to make excuses for anything. A strong show for a new generation of theater lovers.... Read more Read less

See it if you enjoy great acting and staging and a new way to portray the issues of drug addiction.

Don't see it if you expect a happy play or can't empathize with drug addicts.

See it if a heart-wrenching story of a woman's battle with alcohol & drug addiction in rehab; very sad family effects. Incredible performance by Gough

Don't see it if you don't want to see the physical & emotional battles with addiction; want a light, happy show

Also The set was very clever.
The staging was really interesting when Sarah was going through withdrawals.
... Read more Read less

See it if you want to be emotionally wrecked by an unreal performance by Denise Gough in an innovatively staged production.

Don't see it if you are easily upset by topics of drugs, alcohol, and addiction.

Don't see it if Seen it before

See it if You want to see thrilling scenic design.

Don't see it if You want to see a show with a point.

See it if You appreciate fine acting -- Gough is spectacular in a very demanding role and the ensemble shines. You like stellar design and tech.

Don't see it if You are offended by harsh language or bothered by intense themes like drug abuse and family issues.

See it if Deep, meaningful performances do this script well. A glimpse of addiction and the ripples it creates for those around the addict.

Don't see it if You don’t want to see a play about a difficult subject. While I agree the play and performances were masterful, I Struggled to connect.

See it if Denise Gough is a tour-de-force. Staging and directing masterclass.

Don't see it if Uncomfortable with the dark, raw ... hard hitting emotions and reality,

See it if You are interested in the tragedy of addiction & the difficulty of recovery portrayed with powerful acting and excellent set design.

See it if To see the phenomenal performance of Denise Gough. If you like serious theater that isn't always easy to watch.

Don't see it if you want something light. This isn't that. If you aren't interested in plays about addiction and recovery.

See it if You want to be thoroughly engrossed and entertained by addiction and mental illness (I mean that seriously). There is a powerful ending.

Don't see it if Drugs, profanity, addiction, and other similar issues make you cringe. This was a sensitive yet intense exploration of these topics.

See it if You want to see substance abuse and addiction issues handles sensitively and intelligently aided by an amazing lead performance by Ms. Gough

Don't see it if You dont like to see substance abuse and addiction issues dramatized.

See it if You like serious drama about the realities and complexities of addiction. With strong acting and set design

See it if you want to see a career-defining performance from Denise Gough or are particularly interested in inventive staging and complex topics.

Don't see it if loud noises or frank visuals/discussion of substance abuse is bothersome to you. Very much an adult show.

See it if you love great theater. This brings you into the world of an addict. It is raw, intense and superb theater.

Don't see it if If strobe lights, loud noises will get to you. I think this would be a tough play to watch for anyone that's had a stressful day. 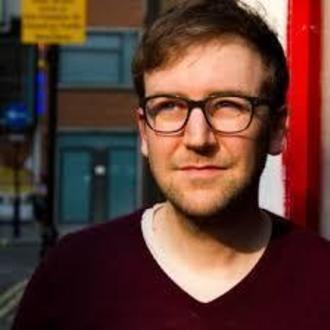 Duncan Macmillan
Playwright
Get Alerts Alerts On Alerts Off

Jeremy Herrin
Director
Get Alerts Alerts On Alerts Off 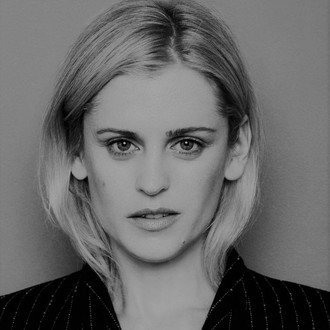 Denise Gough
Emma
Get Alerts Alerts On Alerts Off 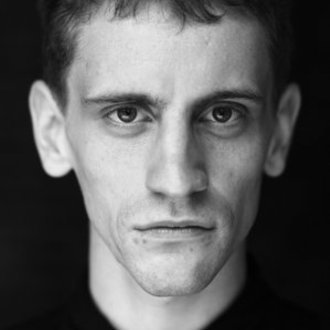 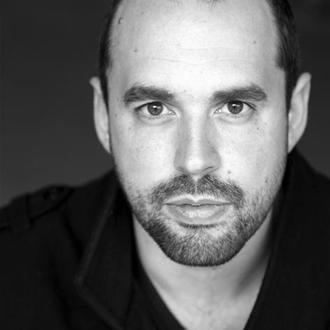 Alistair Cope
Foster
Get Alerts Alerts On Alerts Off 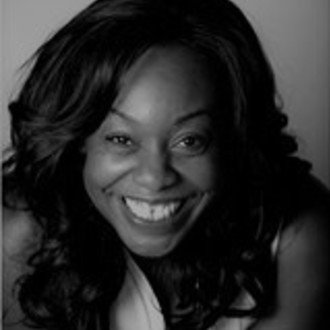 Jacqui Dubois
Jodi, Ensemble
Get Alerts Alerts On Alerts Off