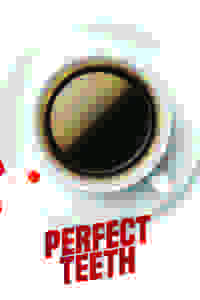 A new two-character drama about consent and artistic value set in the theater world.

Kyle and Dylan hooked up several months ago after a few too many drinks. Now they’re meeting for the first time since that night, and an unexpected accusation pits both men against each other in a struggle for dignity, status, and control. As the two men find themselves unable, or unwilling, to escape each other’s orbits, they are forced to decide if “what happened” in the past really matters when the present stakes are high enough.

'Perfect Teeth' will be performed in rotating repertory with 'Dick Pix.'

87
Edgy, Two hander, Me too reverb, Intense, Is story cyclical?

Don't see it if no interest in gay issues and relationships, small shows in flexible venues, uncomfortable folding chairs

See it if you want thought-provoking theater about the nature of consent, responsibility, and sex. Strong performances about hook-up and aftermath.

Don't see it if you're not prepared for frank discussions of male-male sex, or intense interaction over fraught post-hook-up situation. Powerful. Worth it.

See it if You love taut well written drama. I will be watching for more plays by Daniel McCoy. I saw his DickPix as well. Both excellent.

Don't see it if sexual assault is a trigger issue or you are homophobic.

See it if A story about two men and a sexual encounter that went wrong is just the beginning of this terrific play. One act. Great acting.

Don't see it if You want a two-act play. Gay protagonists and some sex play make you uncomfortable. Very small theatre.

See it if You like plays based on relationships, regardless of sexual preference.

Don't see it if Do not like topics of rape, violence, criminal activity, or homosexuality in a play.