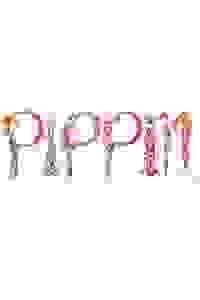 Harlem Repertory Theatre presents the Tony-winning musical classic, which tells the story of a young prince on his search for meaning and significance. More…

The ensemble cast tells the story of Pippin, a young prince who longs to find passion and adventure in his life. To prove his loyalty to his distracted father, King Charles, Pippin goes to war. But when the Leading Player convinces the prince to fight tyranny, Pippin kills Charles and takes over the throne.

See it if you're looking for a very solid community theatre production. I was most impressed by the dramaturgical choice to center the idea that

Don't see it if Pippin is about suicide and mental illness. It actually made me reconsider the entire meaning of the show - a show I know very well. The ...

Also production is a bit uneven overall, with wildly varying levels of talent (Charlemagne lost 60% of the lyrics to War is a Science), but there were some glimmers of brilliance, particularly from Catherine and Berthe. This is definitely a strong production for the value.

One note: the Leading Player got a little out of control with his whip...it looked dangerous at times, and it flew incredibly close to the front row. Don't sit in the front row.

See it if You like to see plays off Broadway performed by good singers and actors.

Don't see it if You like plays performed in theaters down on Broadway.

See it if you want to see a community theatre production stripped to the bare bones without circus or Fosse stylization.

Don't see it if You are expecting any Broadway Production Values. Great performance by gentlemen playing Charlemagne. All others community theatre actors.

See it if you really like Pippin, as I did, and can somehow overcome the bad production. one guy even forgot his lines while singing.

Don't see it if you're expecting very good acting and singing; costumes were good and some cast members were strong, but not all

See it if Nice revival of the original Pippin on Broadway....

See it if You like the show Pippin. Great singing by the 2 male leads.

Don't see it if you want consistancy among the cast.

Also The two male leads were really good. Some of the others should not have been singing solos.
I don't love the show Pippin, so I didn't score higher. My 3 friends really enjoyed it tho.
... Read more Read less

See it if You like a musical that is simply staged but well done.

Don't see it if Don't like musicals and plays that require an imagination.

See it if you like to see young actors building their talents. Pippin is a great show - see and judge fr yourself

Don't see it if If you want large Broadway sets and live music.

See it if You enjoy fetes of skill , you love a spectacle

Don't see it if You want a special type of ending where you can say, "wow!" or learn something very profound.

See it if you enjoy fantasy and coming of age stories.

Don't see it if fairy tales and common plots are not for you...

See it if You love Broadway shows! This was my first show many years ago and it sucked me right in!

Don't see it if you hate broadway

See it if Funny disfunctional families tickle you. The singing and dancing are always a treat.

Don't see it if You want true historical fact. Or are prudish.

See it if Just a joyful excursion into the psyche.

Don't see it if If you hold on to the antiquated notion that cathartic releasing need not include nudity, don't see this.

Don't see it if You need to bring your kids . This show is great for adults only!

See it if This is a show that usually requires a large cast but this company makes it quite a delight with a smaller cast. It added nuance to the play

Don't see it if If you're younger than 15, don't go! It is a mature show with explicit content.

See it if Loved it. Fun and entertaining. Highly recommended

Don't see it if Must see

“Pippin (Harlem Rep)” hasn't been reviewed by any Critics (yet!) 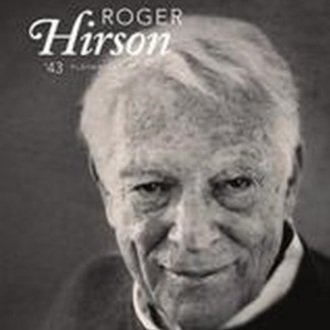 Roger O. Hirson
Bookwriter
Get Alerts Alerts On Alerts Off