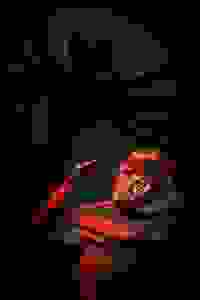 Closed 1h 5m View in admin
Point Pleasant, The Legend of The Mothman
Soho/Tribeca
63
Buy tickets from $25
Score it Scored!

Point Pleasant, The Legend of The Mothman NYC Reviews and Tickets

The Unitards Theater Company presents a multi-sensory show about the "true” story of an ordinary small town where the extraordinary is ushered in on the wings of a creature with glowing red eyes.

The first sighting of the legendary “Mothman” occurred in Virginia in November 1966. It terrorized the town for a year and was accompanied by a rash of other strange occurrences that sparked mass hysteria, and ultimately ended in a historic tragedy. While there is some spoken language peppered throughout the show, 'Point Pleasant, The Legend of The Mothman' is largely a fusion of live music, visual art, and multiple types of puppetry creating a somewhat macabre ballet.

See it if You want a series of slow moving scenes w/puppets & projections. You really enjoy puppetry. You like non-traditional storytelling.

Don't see it if You don't like puppetry. You prefer traditional storytelling w/structure & character development: this is atmospheric mood art, not a play. Read more

See it if you enjoy artistic puppetry and unusual story telling techniques; more of a visceral experience than a "play"; music was perfect.

Don't see it if you are looking for a play; this is an unique production highlighting excellent puppetry and unusual audio/ visual experiences. Avoid row 1 Read more