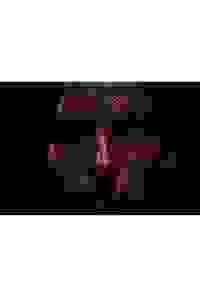 The Tank's world premiere drama explores issues of race and gender through its story about a woman and a man living in New York, 85 years apart.

New York, 2019. Dominique, a 40-year-old married white woman, is a successful working mother who decides to take up an instrument she used to play when she was young. New York, 1934. Dominic, a 20-year-old gay immigrant, and a promising composer. After having a dream, he starts writing a fugue, and feels like he is supposed to live someone else's life. Their two stories become intertwined to a point where the viewer can't discern which one is which - neither can Dominic and Dominique.

See it if A show that is abstract and deep.

Don't see it if If you want a light show. This one you must follow

See it if you are interested in hearing a strong, particular, somewhat odd voice from Brazil.

Don't see it if you have no tolerance for the artificial or the mysterious. Read more

See it if Boring script

See it if you enjoy somewhat avant garde theater with a non-linear plot and a lot of philosophical rants about role and gender in society,

Don't see it if you prefer easy to understand plays with linear plots and a bit more action than ranting.

See it if A lyrical twin tale as directed in a 50's style by a Spanish artiste. I can't explain, but I liked so much of this.

Don't see it if You seek straightforward

See it if You like supporting the Off Off Broadway community and smaller shows.

Don't see it if You want a play that works. Read more

Don't see it if simplistic staging (sufficient and efficient); Guess watching a play is just an experience too personal.. glad I wasn’t scared off by review

"The supernatural scenario is a little like something one might find on an eerie episode of Alfred Hitchcock's old TV anthology. Unfortunately, it all comes off as fairly stilted and heavy-handed. This is due in part to some of the flowery language that Nogueira uses ('I have the strength of a river to drown my sobbing heart with a loving rage'). But it also has to do with Ortman's direction, which eschews realism in favor of a highly self-conscious theatricality."
Read more

"The spooky and melodramatic aspects of the plot, and the two characters’ surreal pile-up of connections, are less engaging than the astute social observations the playwright threads throughout the piece...Nogueira, a playwright of some renown in Brazil who’s a newcomer to New York, still manages to land some astute and amusing comments about living in New York."
Read more

“Is one story real and one imagined? Are both real?...If one does not come away with an answer, 'Real' at least shows Nogueira’s gift for poetic lyricism, and the questions he raises linger. It’s not a straightforward piece of theater, but it’s often fascinating, and it’s refreshing to find a theatrical voice as iconoclastic as Nogueira’s."
Read more