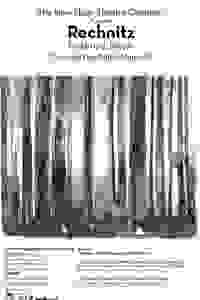 In the spring of 1945, with the Russian army only a few miles away, Countess Margit von Battyany hosted a party at her castle in Rechnitz, near the Hungarian border. Aristocrats mixed with SS officers in a night of crazed drinking and debauchery. At the height of the orgiastic celebrations, 15 of the more senior guests were invited to a barn on the property where almost 200 Jewish prisoners, half-starved and exhausted from forced labor, were held; there, the drunken guests opened fire. After the war, talk of the massacre was buried along with victims' bodies. Local residents refused to cooperate with an investigation; one witness was murdered and another died under suspicious circumstances. Rechnitz delves bravely into the horrifying psychology behind the massacre and its cover-up.