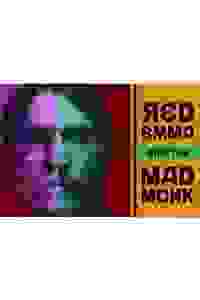 Mystics, anarchists, and snowflakes swirl in this new Russo-American cabaret-style musical about Emma Goldman, Rasputin, and a 12-year-old American girl who's obsessed with both of them and can't get off Twitter.

In the first few months of 2017, 12 year-old Addison has a lot of questions about the world and very little parental supervision. Her best (imaginary) friend is a turn-of-the-19th-century Russian mystic, and her favorite pastime is fighting with deplorables on the internet. But when Addison starts to learn about another turn-of-the-century Russian -- the American immigrant and Anarchist, Emma Goldman -- she begins questioning the meaning of political action and just how far we should go to fight oppressive systems.

See it if You want to see a musical that is innovative in many ways. Supports trans/LGBTQ theatre. Have even a passing interest in political history.

Don't see it if you want a Broadway-style, singing, dancing spectacular. This is a drama with a little music. Read more

See it if You have an interest in Rasputin, anarchy, or clever musicals. The woman playing Rasputin is fantastic.

Don't see it if You don't like musicals that are more talking than singing. You need all the bells, whistles, and impressive choreography of Broadway.

See it if You want to see a lively new musical before it gets to a bigger theatre and ticket prices soar. You love highly talented performers who are

Don't see it if Small theatre with narrow padded seats. You can’t go before they close on Sept. 1st. Read more

See it if You love little shows about big ideas

Don't see it if Ya dumb

See it if You want smart, thoughtful, intelligently written theatre; have been following the news at all; interested in theories of political protest

Don't see it if You want straightforward plots or large-scale productions, dislike nontraditional takes on history

See it if you like fantastical stories which bend time and space to explore our collective relationship to politics, history, technology, and truth.

Don't see it if you'd prefer to see a linear narrative with a conventional story. This play is offbeat and esoteric, and it's not for the apolitical.

See it if you want to see an amazing, utterly unique play that is smart, thought-provoking & well acted, directed, written & staged. I srsly loved it.

Don't see it if you have no interest in smart, engaging, morally ambivalent, utterly unique plays with a fantastic cast; you are expecting a typical musical

“An eccentric, scrappy new musical...The show is an astute representation of a searching tween’s inner world...The consequences of Addison’s efforts to graduate from Twitter feuds to real-life action remain underexplored, and most of the songs are so short that there is barely time to appreciate Lotz’s tuneful, post-Michael Friedman sensibility...Still, despite its imperfections, the sweet, sui generis 'Red Emma and the Mad Monk' qualifies as a late-summer discovery.”
Read more