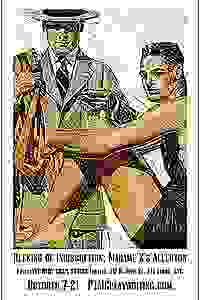 Madame X declared Robert Allerton Chicago's most eligible bachelor in 1906. His relationship with her and John Gregg, his longtime-companion, adopted-as-an-adult son are imagined in correspondence.

See it if You enjoy being read to. This is three actors sitting at a table, each reading from a three ring binder, a series of 100+ year old letters.

Don't see it if You’re not a BIG fan of historical fiction.

Also I had a hard time with this. I really wanted to like it but just could not keep my attention.... Read more Read less

See it if you have an interest in early 20th century upper class gay life. The letters detail the kind of problems only money can buy with humor.

Don't see it if epistolary literature makes you yawn.

See it if You would enjoy a high level “reading” of a charming play set in the Roaring 20 that deals with a gay relationship of the period.

Don't see it if If you’re looking for a musical or heavy drama.

See it if you enjoy authentic early 20th century bon mot letters, read by the actors, and frank, humorous conversation about relationships/emotions.

Also Because the play involves little action of the characters, it may be more effective if shortened to 1 hour from its 1.5 hour without interval length.... Read more Read less

See it if A delightful workshop focusing on love & friendship with strong & convincing acting.

Don't see it if You needs sets and props to imagine this workshop true story.

See it if You’re up for an epistolatory evening; the well-written script a back-and-forth seated reading of evocative letters between characters.

Don't see it if You expect more physical action than actors seated almost throughout, weirdly and anachronistically wearing promo t-shirts for the show.

Also A lovely reminder of a world not so long ago where people were casually erudite and the only means of communication was the written word, McCarthy's well-written script persuasively captures the tone and repartée of the period from 1906 through to the 30's. He's done his research and certainly inhabits the material; Edith Wharton would be proud.

The three actors, particularly Tierney, as Allerton, are fine, managing to pull out full characters from little more than letters, and this while seated for almost all of the performance. An odd directorial choice, as was having the three actors sport promotional Reeking t-shirts (available in the lobby) over their otherwise suitable costumes.

While little more than a reading, it was still entertaining and effective. Not for everyone, however, especially those not fans of readings, Wharton, James or Woolf.

See it if You like the epistolary form of reading letters back and forth, this blast from the past shows how far the gays have come.

Don't see it if It's all talk and no action, so if that's a deal breaker for you, skip this. I liked it though.

See it if You are interested in a “Love Letters” type presentation of theatre.

Don't see it if You are interested in a play in which the actors do more then read and write to one another.

Also While the subject matter has interesting moments, the presentation is slow and is hard to focus. The actors barely move and are reading from the script. A more dynamic presentation may be helpful, now it all blends together... Read more Read less

See it if into a mostly-a-reading of old letters by a society-columnist, a wealthy gay man and his lover/adopted son.

Also The show comes alive in the last 10 minutes, but for the preceding 80, you watch 3 actors sitting, reading from their books while pretending to write letters, and mostly not interacting. While the talented actors do a lot to liven the text, not much was happening and I kept counting the moments that could have been made into actual scenes. You know - where people acknowledge each other and things become interesting...

Perhaps avoiding interaction was an attempt to create tension to increase the impact of the last 10 minutes - but that style is so dated, and, pardon me, lazy.

Most puzzling - while the actors were wearing period-appropriate clothing, they covered them with the show's promotional T-shirts. The whole evening felt more like a go-fund-me campaign than ready-for-an-audience.

See it if Its a work being developed. The bones are good and it will flesh out in time. Right now use your imagination. It’s a good starting experienc

See it if you are interested in a biographical LGBTQ history told through imagined correspondence by actual characters, in a terrific production.

Don't see it if you would not enjoy a play that is presented much like a play reading.

See it if You are interested in historical fiction involving LGBTQ issues.

Don't see it if You're looking for a full production.

Also The writing is interesting, but watching actors sit and read from the scripts it very difficult to keep engaged. I kept waiting for scenes to develop.... Read more Read less

See it if You are interested in insight to the gay experience in the early/mid part of the last century. Well acted and well written.

Don't see it if You don’t like minimally staged readings with no set and only three actors.

See it if You enjoy an intelligent discussion of gay issues

Don't see it if Sophisticated conversation bores you

See it if you are fine with virtually no action, all reading. It is entertaining enough, just not what I expected.

Don't see it if Your attention span is short. It takes effort to stay engaged, but it is worth it to catch the expressions of the actors.

Also The actors are very likable and do an excellent job - they don't have an easy task!... Read more Read less

See it if if you like clever, stylish repartee which took place among characters living in another era of history and strata of high artistic society

See it if Like stage readings, enjoy listening and don't need a lot of action. An interesting true story told through correspondence.

Don't see it if If you need action and HATE staged readings.

See it if Like untold history of LBGTQ story from the early 20th century. Well written script containing letters between the characters. simple story

Don't see it if If you need a lot of action.

See it if You like intelligent writing and interesting characters. A true story simply told through this staged reading.

Don't see it if If you don’t like stage readings

“Reeking of Indiscretion: Madame X's Allerton” hasn't been reviewed by any Critics (yet!)

FringeBYOV
Presenter
Get Alerts Alerts On Alerts Off 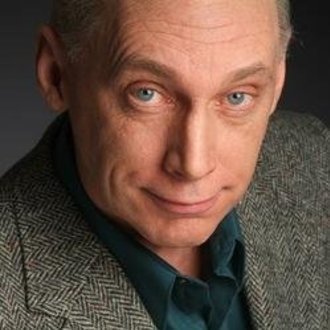