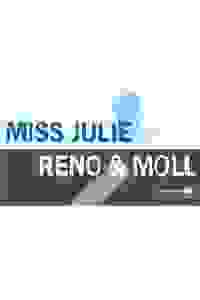 Two Headed Rep presents an evening of two new short plays, featuring an new adaptation of Strindberg's masterwork and a new play written in response to the classic drama.

In 'Reno & Moll,' Harper has played the most beloved dog on children's TV for ten years. She knows her lines and she knows her choreography, she just doesn't know why she's still doing this job. Is it for the fans who adore her? Do they adore her or just her canine alter ego? And what’s the difference anyway?

To bring 'Miss Julie' into the 21st century, Two Headed Rep has commissioned three writers to explore and adapt one character each from Strindberg's classic to form a new, singular work. It’s Halloween night in the break room of Count’s Chicken, a fast food franchise in Corsicana, Texas. What Julie, Gene, and Krissy expect of themselves and each other drives them to questions they thought they’d never ask and choices they never thought they’d make.

See it if You enjoy smart writing and wonderfully powerful and moving performances.