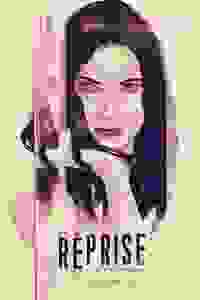 Michael has loved Erin since high school—30 years ago. Erin has a secret. An unexpected reunion, a night of drinking, and a reckoning. A new drama written and directed by Emmy winner Eric Maierson.

'Reprise' is the story of Michael, a middle-aged man whose life has been less than successful. He cobbles together an income while living alone in the house he grew up in. For nearly three decades, he’s been in love with his high school classmate Erin. But more than love, his feelings for her are wrapped in longing and a belief that she somehow possesses the ability to deliver him a better life. Add to the mix Michael’s potentially volatile friend Leonard and you have an evening that ends in more than one casualty.

See it if At least it was short. Cliched story about codependence. Loser pining vs. broken beauty in need of affection. Actors lacked chemistry.

Don't see it if You want to walk away thinking about anything. Both heavy and light but leaves you empty. A few funny moments.

See it if you want to see a play with three very realistic characters.

Don't see it if you happen to be a pathetic guy that let's women walk all of you. You will be shaken up Read more

See it if You want to see an important, true to life, story of the lingering problems that a toxic relationship of one's youth can cause.

Don't see it if You want to see a light hearted story that has a happy ending.

See it if You have an hour to waste

Don't see it if You like resolution. Read more

See it if you want to see something a bit different, with some funny lines in it... The acting was fairly good...

Don't see it if you don't like plays about dysfunction...

See it if Unrequited love is indeed a bore, even when it's only an hour long. This piece is well-intentioned, yet the writing is beyond cringeworthy.

Don't see it if This play needs a lot of work, but it's debatable whether fleshing it out would salvage it or make it doubly torturous. Read more

See it if A kind of male-oriented take on the Marnie-from-Girls-type character, the the psychological backstories were interesting, but . . .

Don't see it if wondering if the writer is working on adding another half-hour to the play, with perhaps more depth of the demons haunting these characters?

See it if you like a drama that explores personal relationships

Don't see it if you like a happy ending

"'Reprise' is an incredible show...Packs quite a punch in the brief hour it takes to get through the entire ordeal. I say that with the utmost appreciation of how much of an emotional effect this show has on its audience. With three actors given the brunt of the work of keeping the audience thoroughly engaged in what's going on, they are spectacular in what they manage to do here...The indecision and misdirection, as real as it can get, make for a fascinating show."
Read more

"Mediocre television situation comedy style devolves into cringeworthy dramatics in 'Reprise,' a messy one-act play...Amidst Maierson’s barrage of mechanical setups and punch lines, there are a few amusing jokes and insightful observations...Maierson does his play no favors by directing it as well...The cast is relentlessly emphatic in their vocal and physical delivery...'Reprise' might make for passable entertainment on television, but as a work for the theater it’s decidedly deficient."
Read more

“Whether it is the writing, the direction or the acting, the first act was awkward, as if the two characters came from different plays...This discomfiture continued into the second act…‘Reprise’ doesn’t cover any new territory, but Ken Forman’s earnest performance and Tara Westwood’s complex tease make it involving. Sean Patrick Folster’s Leonard, although a vivid, sexy presence, upsets the story more than helps it along.”
Read more

“It’s as broad as humor gets, and it makes for rather juvenile comedy. Michael endures it amicably, but he has no choice. The New York theatre public does…Westwood, a former model, brings as much emotional depth to the role as she would to a skin care ad. Not that she is given much to work with…Her character exists only in relation to Michael’s lust…Every possible thread of dramatic coherence unravels…It is hard not to feel anything but contempt for each of these characters.”
Read more

“Eric Maierson’s new play comes across as the artistic product of a man who has recently learned about Nice Guy Syndrome and wants to educate everyone about it, but is still too entrenched in it himself to provide an accurate or appropriate representation of the moral he aims to impart…Maierson needs to spend more time digesting his progressive education before attempting to turn around and educate his audience; Michael’s apartment isn’t the only thing stuck in the 1980s.”
Read more

"These three actors have created powerful characters. Leonard is fairly two-dimensional, but he is written that way because he is basically a boor...Mr. Maierson raises many issues of sexuality, identity, communication, longing, courting and seduction, and healing. As director, the playwright has these three actors tuned like a string trio that plays several movements in a variety of tempi and keys...This world premiere of this fine play is well worth your attention and reflection."
Read more