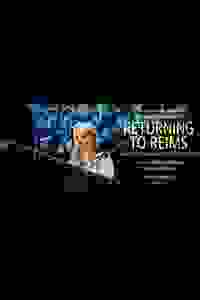 St. Ann's Warehouse presents Schaubühne Berlin's new production based on the memoir by Didier Eribon, which asks: as populism marches around the globe, does political activism still have a role to play?

A sound studio. An actress records a voiceover for a documentary.  Philosopher Didier Eribon, returning to his childhood home, discovers that the left-wing and liberal middle class have abandoned the working class, and workers are running into the arms of the right-wing National Front. How is this possible? How have things come to this? Featuring 'Homeland’s' Nina Hoss.

See it if You’re a fan of documentary FILMS or curious about how voiceover is done. This is a very absorbing story read to you while you watch a film.

Don't see it if You’re expecting any sort of theatre. I don’t know why we had to go to Brooklyn to see what was little more than a documentary film.

See it if you like combinations of film, narration & drama, curious how the right gains influence & how fathers impact children, fan of Nina Hoff

Don't see it if you don't like shows that mix film in with plot, that don't signal where they are going, have a strong political POV, appear to lack plot

Also This is an extraordinary show that 140 spaces cannot possibly do justice to. Through a film with on-target images and live narration by actress Hoff, we get an idea of the philosophy of Didier Eribon, who has written how class and cultural differences severely and impassably divide people in western countries. Eribon tells his own family's story in which the majority were active in the union movement in Europe but now are aligned with the hard right. Eventually Hoff questions some of the decisions that the (fictional) director of the film has made and demands more truth in the images and "editing" of Eribon's words. The revised film is more accurate & reflective of Eribon's words. We then learn how Hoff's real-life father has 'evolved' from being a communist to helping to build communities in Nigeria, coordinating aid & construction among tribes with little or no western contact--a thrilling, touching sequence.... Read more Read less

See it if you enjoy alternative, new types of theater that focus on ideas rather than plot or character development.

Don't see it if you prefer action and a real story. This show is very wordy

See it if you like theater with a strong political message. It takes time to grow on you but it is worth sitting through a, at times, slow production

Don't see it if Politics and theater are not a good mix for you. This is a very intense production and if you look for “ light “ entertainment keep looking

Don't see it if you think that political activism is useless

See it if you want your entertainment thoughtful, quiet and intelligent

Don't see it if you'd rather laugh through a musical

See it if you are interested in Europe's history, politics, social change movements, human rights activities.

Don't see it if you don't like political shows. also if you can't sit through 3 hours show

See it if you want an untraditional theatre experience, you enjoy listening to Hoss's soothing voice.

Don't see it if you're looking for a play with conflict, exciting character interaction, or an obvious message.

Also This play is obviously intended to provoke thought, but I didn't find it exceptionally powerful in one way or another. I personally enjoy works of theatre/get more out of plays where the characters go on some sort of journey, but this play is very one-note.... Read more Read less

See it if you are interested in political drama and historical events, although the play shifts from a personal coming of age to universal politics.

Don't see it if you are not interested in political discourse, rap music or a non-linear personal history narrative.

See it if you are interested in juxtaposition of film and text. Want a backstage pass on how voice recording narration for documentary works.

Don't see it if You are expecting linear play with action and conflict. This is dialogue and philosophical based. Spoken word performances put you to sleep.

Also There is spoken word rapping performance midway that neither contributes to philosophical dialogue nor detracts. It does offer a different perspective on political ramifications of piece as well as jolt the audience to pay attention to the final personal memoir part of play focusing on Nina hoss’ political father. So there is an inherent structure, but it is hidden.... Read more Read less

See it if you want to see a very clever play that is consciously anti-theatrical, but that puts on the table a lot of interesting political stuff.

Don't see it if you get bored easily with plays with a lot of text and not a lot of action.

Don't see it if you want fast pacing!

Also For me this was all about watching Nina Hoss. Her voice, her expressiveness, anticipating her next move, made it possible to overlook the slow or confusing elements of the script.... Read more Read less

See it if You have great hearing. The sound design is very casual and Frau Hoss mumbles in accented English. I was on last row and understood about ha

Don't see it if You have hearing or backside problems. Two hours, no interval makes for difficult sit. Not for the hearing or the orthopedically challenged.

See it if You like thoughtful, non-traditional, political pieces. Nina Hoss was enchanting.

Don't see it if You are not interested in leftist politics, you prefer plot-driven plays with a lot of action, you don't like semi-autobiographical works.

See it if you are interested in the European working classes, or the European left, & how both have shifted over the past 50 years.

Don't see it if you want to see a drama: much of the action here is a prose reading & an accompanying film.

Also I’m disappointed in this piece, given my exposure to the Schaubuhne Berlin's work in earlier visits to NYC. My disappointment is both formal & material. The work is 80% or more read text with film accompaniment. The 1st half of this is absorbing: French writer Didier Eribon reconsiders his alienation from his worker father after his father’s death. Till now he located its root cause in his own homosexuality which his father could not embrace. He now sees that as an impoverished adolescent he had to abstract a "working class" into Marxist terms in order to escape from a horizonless poverty that threatened to stifle all he wanted to become. It's a touching & subtle process. So long as the play focuses on the text’s human aspect, it’s illuminating. But a few dramatic bits later in the piece--the text's reader squabbling with the filmmaker & sound engineer--are spotty. And when the film flips from the personal to the political, it can feel like a forced (& very German!) civics lesson.... Read more Read less

See it if you're interested in the Left's failure of the working class and subsequent rise of far-Right politicians; French socio-political theorists

Don't see it if experiments in form alienate you: format is a live voiceover of documentary with Eribon's text juxtaposed with Hoss' memories of her father

Also It's ironic that Eribon's mining of his personal history as a key to his politics is the basis of a theatre piece that often feels bloodless. To be sure, his interrogation of his alienation & subsequent self-invention as a gay man & a left-leaning intellectual is unflinching & at times insightful. However, in attempting to create a theatre piece that ties this personal history into the larger canvas of the failures of communism, socialism and neoliberalism in Western Europe, Ostermeier sells himself and Eribon short. The second half of the piece, which uses as text Hoss' stories of her own father, who was the same age as Eribon's, is a memoir of a different sort altogether. While these are interesting on a human level, the connections with what has gone before are tenuous. The contributions of the sound technician character, including a crowd pandering rap number, are fatuous.
Nevertheless, the two-hour evening has a probing intelligence, & a bracing engagement with political realities
... Read more Read less

See it if you prefer intellectual political lectures to plays. This show is innovative and expands beyond genres. Love Nina Hoss’s voice!

Don't see it if You want to see a play with a cohesive plot. This is more like disjointed performance art with some innovative and interesting moments.

See it if You want to see a noble attempt to bring a undramatic text to the stage with gratuitous personal conflict -- and rapping!

Don't see it if You want a successful realized theatrical experience.

See it if You're interested in political drama that doesn't shy away from creating a conversation with historical events and modern themes.

Don't see it if You are closed minded in how you believe theatre is structured. See it if you're a closed or open minded liberal or conservative however.

"Definitely worth seeing, but you may not think so until after it’s over...In the viewing, this production is rarely exciting in the terms of conventional drama. Nor is its portrayal of the creation of a film entirely credible. But it’s smart in expressly theatrical ways, and its effectiveness is...
read more
Get Alerts Alerts On Alerts Off
"Most of 'Returning to Reims' doesn’t seem much like theater...You can sometimes sense the audience growing restless at the absence of front-and-center drama. But director Thomas Ostermeier gradually adjusts the style toward an explicit awareness of theatricality...Even as 'Returning to Reims' as...
read more
Get Alerts Alerts On Alerts Off
"An intellectually ambitious, uneven but fascinating, often anti-theatrical piece of theater...For at least the first half Ostermeier actually uses the lack of conventional drama to craft an enthralling, prodigiously smart piece of live performance that’s part theater, part audiobook, part film.....
read more
Get Alerts Alerts On Alerts Off
"'While it often proves thought-provoking and incisive in its socio-political arguments, the piece is too scattershot to make a real impact...Ostermeier lets his theatrical conceits get the better of him, squandering the play's thematic ideas...There's plenty to admire, not the least of which is ...
read more
Get Alerts Alerts On Alerts Off

Schaubuhne Berlin
Producer
Get Alerts Alerts On Alerts Off 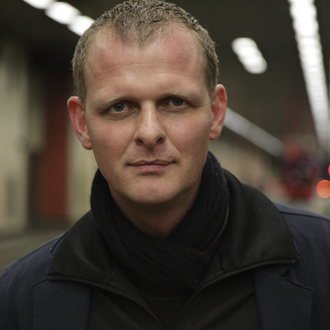 Thomas Ostermeier
Director
Get Alerts Alerts On Alerts Off 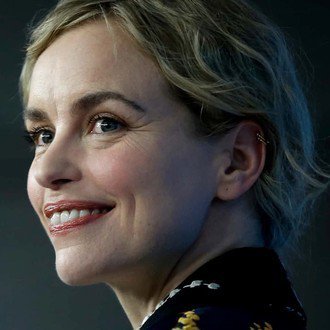 Nina Hoss
Katy
Get Alerts Alerts On Alerts Off 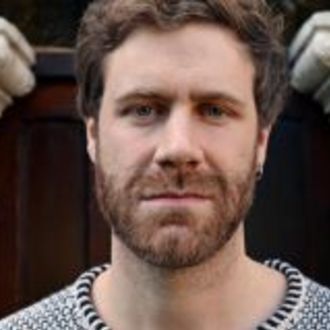 Bush Moukarzel
Paul
Get Alerts Alerts On Alerts Off 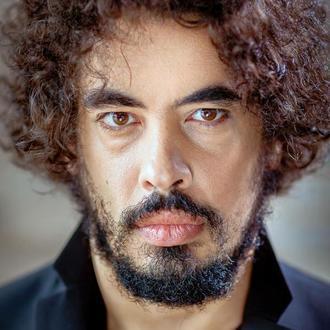