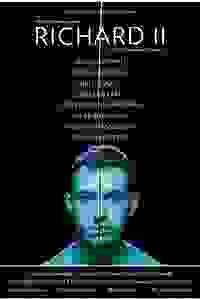 Shakespeare in the Square presents the first of Shakespeare's four plays about the House of Lancaster, an exploration of the meaning of kingship and the rising powers that can destroy it.

The first of eight historical plays dealing with the conflicts between the Royal British houses of York and Lancaster, 'Richard II' tells the story of a childish monarch who is forced from the throne. Shakespeare chronicles the shattering fall of one king and the meteoric rise of another in a raw and powerful tale of a country—and a soul—in chaos. Shakespeare in the Square's company of eight actors enact the fall of a deposed monarch and the rebellion that changed the course of history.

See it if You like avant-garde productions of Shakespeare plays that are quirky and over-the-top. Very abstract with German subtitles. Do not miss.

Don't see it if You dislike total nudity and raunchy humor. Not for purists. Totally distorted Shakespeare. Read more

See it if You enjoy good Shakespeare with an exceptional cast.

Don't see it if You don’t enjoy Shakespeare!

Shakespeare in the Square
Producer