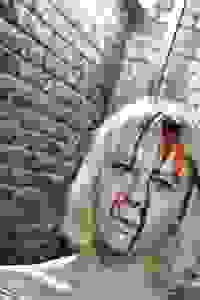 'Richard III' is the violent finale to Shakespeare's 'War of the Roses' plays. In the style of Quentin Tarantino and Baz Luhrmann, and using 'American Psycho' and 'Dexter' for inspiration, this production stresses the fractured and bloody nature of deceit and betrayal through ensemble-driven storytelling, live music, movement, and a kinetic visual landscape.

See it if You enjoy seeing different versions of Shakespeare's plays. You want to support a theatre company just starting out in NY.

Don't see it if You want a more classical approach to Shakespeare. You want to see a more established theatre company take on the classics.

Also Don't be misled by the photo or show description on the show page. While the look of the show isn't classical, the interpretation is. Also, while there is some blood, it's not the bloodbath the photo implies either. This is a young company-both in time (this is their 1st production) & in age (a bit distracting since Richard & his mother are the same age), w/a lot of potential. It's worth checking them out.... Read more Read less

See it if you'd like a modern, well staged Richard III mash-up; inventive, well-designed & lit, a fresh at times odd take on Richard but a great Anne.

Don't see it if you like your Shakespeare straight, don't like blood or violence, pop updates of classics – or need Richard to have a consistent limp .

Also There's more than a whiff of modernity for its own sake in this Richard: actors puttering around moving furniture before both acts for entirely too long; a too cute & arguably arbitrary selection & range of music (best not mentioned so as not to spoil any surprises); the occasional "ok" or "you know" blurted out between lines.

Still, it's an inventive well-realized version, well staged & choreographed, with terrific fight scenes, the whole visually interesting. The cast is game & committed, speaking their lines efficiently, though real conversational fluency & clarity will come in time (appropriately enough, the clearest language came from the youngest teen actors). Strongest here are the women, particularly the striking Christina Toth as Anne, whose moves and presence stand out.
The weakest link in this production unfortunately is Max Hunter's overwrought, histrionic, emotive Richard, played loudly on one note throughout, almost to caricature & Act II seems as if directed by another

See it if You really like this play and also enjoy youthful, creative adaptations

Don't see it if Your standards are higher than " just ok." I enjoyed it but I'm nuts for the Bard

See it if you loved the production design of last season's American Psycho on Broadway.

Don't see it if you prefer a traditional approach to Shakespeare.

See it if You like a slick new version of Shakespeare with song and dance and really cool stage.

See it if for a unique interpretation–strobe lights, rock music, choreographed murder and fight scenes! Portrayal of Richard is fantastic and amusing.

Don't see it if you're a Shakespeare traditionalist or hate modern takes on his plays. You dislike violence, fake blood, or hazmat suits.

Also If you haven't read Richard III before, you may find it difficult to follow the subplots. Parts of the play are altered to make it more accessible though.... Read more Read less

See it if you don't mind modern staging of Shakespeare (too modern, maybe). You are tired of regular stagings and appreciate honest efforts to change.

Don't see it if you want to see a classical production with costumes and all and if you don't mind a direction that is all over the place (sometimes works).

See it if if you love Shakespeare and want to see one his most famous histories; or if you enjoy seeing creative updated interpretations of classics.

Don't see it if if you are very traditionalist and would not enjoy a modern pop-infused update of a classic Shakespeare play; if you can't tolerate violence

Also This was an interesting production: well-acted by a very competent cast led by actor/director Max Hunter, whose portrayal of Richard was quite good.... Read more Read less

See it if you love the show and are interested in seeing a good cast.

Don't see it if you enjoy more mainstream or you have seen a more than a few shows off-broadway.

See it if you will enjoy Shakespeare with a twist.

Don't see it if your Shakespeare has to be 100% pure Bard.

Also Spoiler Alert re: the Violence

The violence is not in your face, and despite the picture no one ends up dripping with blood. If fear of violence is keeping you from seeing this play, rest assured it exists but in a "gentle fashion"--and you'll have to go to fully understand that comment!

See it if You want to experience an American Psycho-esque reimage of Richard III with musical moments and a predominantly young cast.

Don't see it if You want a traditional take on the show with an entirely age appropriated cast it don't want abstractions at some points.

See it if You enjoy old works presented in new ways, like to be surprised, enjoy Shakespeare delivered in original language

Don't see it if If you are expecting a classic staging of this work, are squeamish or prudish, so not enjoy plays that take risk with the material

See it if You're looking for an original, inventive take on a complicated Shakespearean tale with a rich history. The play is continually engaging.

Don't see it if You're not willing to see a modern take on Shakespeare.

See it if You love classical shakespeare plays

Don't see it if You cant stand the shakespeare language

See it if love shakespeare and dexter combined; and want to see great emerging acting and directing talent

See it if You want to have a fun night at the theater, see something creative and understand why Shakespeare was enjoyed so much by the people.

Don't see it if You only like straight, serious interpretations of Shakespeare and will be irritated by modern-day touches to it.

Max Hunter
​Richard III
Get Alerts Alerts On Alerts Off 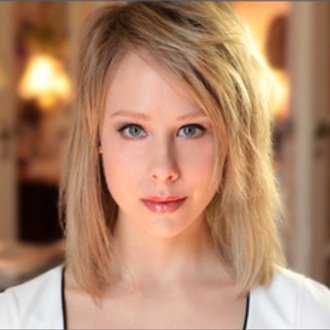 Christina Toth
Lady Anne
Get Alerts Alerts On Alerts Off 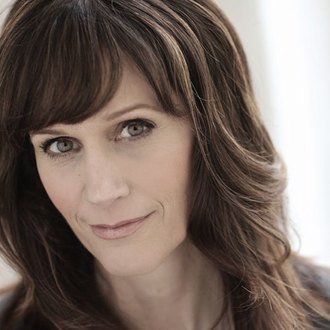 Maggie Hollinbeck
Queen Elizabeth
Get Alerts Alerts On Alerts Off 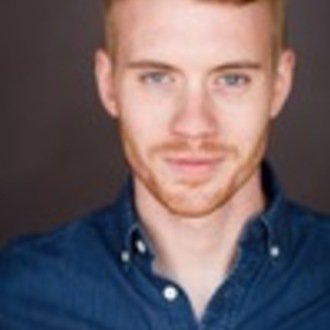 Jacob Owen
Clarence/Buckingham
Get Alerts Alerts On Alerts Off