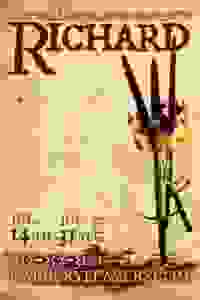 The Gallery Players present one of Shakespeare's most famous history plays, the four-part story of the Wars of the Roses.

The title character emerged, grinning and bragging, from the chaos of those wars and announced, 'I can smile, and murder while I smile.' And Shakespeare turned him into one of his most unforgettable characters, 'a poisonous bunch-backed toad.' The play was Shakespeare's first blockbuster. 'Richard III' combines the ruthlessness of 'The Godfather' with the charm of 'Dracula' and, four centuries later, continues to be one of Shakespeare's most popular shows.

Don't see it if You want something more refreshing

See it if love it

Don't see it if ok