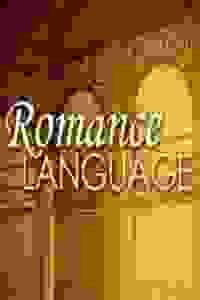 RLNYC Group and Ars Nova Fling present this drama about a woman forced to choose between her daughter and her Italian instructor.

When a wealthy Manhattan widow takes up private lessons with an alluring young Italian instructor, she learns much more than just a language. As an unexpected romance blossoms, her daughter raises doubts concerning this mysterious teacher’s intentions. The three tangle with art, passion, and even vendetta.

See it if you like older women-younger man scenarios, a daughter opposed, interesting turn abouts. Melodramatic. A thought provoking ending.

Don't see it if you don't like melodrama or can't empathize with the characters situation.

See it if you are looking for a light romantic play with a little family drama mixed in. My 30 year old guest loved it & empathized with the daughter!

Don't see it if You are looking for a serious play with profound meaning. It is entertaining and has some clever dialogue but definitely doesnt go further.

"The character of Kay Morgan, flimsily sketched by playwright Godfrey and simperingly portrayed by Audrey Meyer is terminally annoying…Not only do the signifiers in this script lack imagination, Kay’s generic profile as a lazy, incurious layabout is an insult to elders in general…As the conflict heats up, Meyer, apparently untethered by directorial restraint, strikes a lot of anguished soap-opera poses—but the script doesn’t allow for much else."
Read more

"Overflowing with lust, intrigue, and the anxieties of wealthy Manhattanites, 'Romance Language' is a real scream....Everything is pitched up to a ten. The natural reaction to such a thoroughly entertaining camp-fest is to reach for the popcorn."
Read more

"While the storyline is a bit far-fetched and unrealistic, the lessons and truth it brings about for Penny and Kay are necessary and what defines the heart of their mother-daughter relationship...This decadent play will have the audience wishing for far-off lands, but will ultimately bring them back to the life reality has in store for them. Lessons will be learned and boundaries will be pushed on this romantic journey. We may not get what we want, but we will always get what we need."
Read more

"The interplay among the characters ascends from what begins as a light domestic comedy into operatic breast beating as emotions get heated; for all the play’s superficially realistic touches, however, very little registers as real or, for that matter, original. It’s the kind of material that would probably find an audience on the Lifetime network, one of whose made-for-cable movies was parodied on the 'Family Guy' series as 'Men are Terrible and Will Hurt You Because This Is Lifetime.'"
Read more

“The plot is anemic…The biggest problem is the writing, which just seems implausible…Even the acting seems camp. Only Ms. Meyer escapes the cliche box…Director Carl Andress never lets us know if this is a comedy or a drama with his choices…I just find it disheartening that shows like 'Romance Language' get funding and a run while shows that are so fabulous struggle.”
Read more

"There is certainly a specific audience that will enjoy 'Romance Language' at face value. But the plot that Joe Godfrey has devised is sadly unoriginal. His way with words and ability to craft characters is what he has to stand on. Put these characters in another situation and perhaps Godrey has a winning story but the fact is this older woman-younger man saga is tired."
Read more