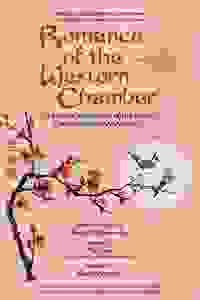 View in admin
Romance of the Western Chamber
NYC: Chelsea
79
Score it Scored!

Romance of the Western Chamber NYC Reviews and Tickets

In this musical adaptation of the classic 'Xi Xiang Ji,' two young lovers fly in the face of tradition and parental disapproval in 9th-century China.

Known as China's most popular love story, 'Romance of the Western Chamber' features a couple from different classes—think 'Romeo and Juliet' as poor student/rich girl romance. The lovers are aided by a clever maid, who helps them overcome daunting obstacles such as an imperious mother, a prior betrothal, and an attempted abduction by a cruel bandit. The story plays out during the surprisingly liberal 9th-century Tang dynasty, with a score combining Eastern and Western musical influences.
Read more Show less

See it if you enjoy old Chinese tales. This one has romance and humor and some dance. Nicely staged and good performers.

Don't see it if you do not like Chinese tales or old fashioned stories. Read more

"An absolutely charming production...Elegant, beautiful, funny and engaging, the show is a wonderful example of passion and collaboration among artistic veterans and newcomers...Wu’s Ying-ying is delightfully expressive...Pang’s A-rei Chang is very appealing...The book and lyrics and the directing are flawless...The ensemble cast is small but superb...Clearly a labor of love on every level...Perfectly captures a romantic tale that is universal. Don’t miss it!"
Read more

"Faithful to the original story, but in the form of a Broadway musical, the show is interwoven with dialogue, narrative, dance, and songs...Smooth and compact. Interspersed with humorous dialogues, lyrical singing and lighthearted lines, it captured the audience’s attention from the beginning until the end...With his affectionate singing, Pang fully delivered Chang’s passion for romance...All characters were vividly portrayed."
Read more