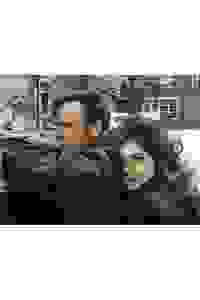 View in admin
Romeo and Juliet (Shakespeare in the Parking Lot)
NYC: Lower E Side
78
Score it Scored!

The Montagues and Capulets face off in the Lower East Side of the early 90s in Shakespeare in the Parking Lot's free, outdoor production of the classic tragedy.

The play exquisitely demonstrates the futility of partisanship, pleading for similar people to stop killing each other for reasons they no longer remember. Director Lukas Raphael will set the play in New York in the early 1990's, with the Montagues and Capulets imagined as families of a Lower East Side neighborhood. In this concept, the Capulets (Juliet's people) are long standing stewards of the neighborhood. Romeo's Montagues, on the other hand, are upwardly mobile, eager to rise above it. Raphael once directed "Romeo and Juliet" in North London as a Tango musical set in Buenos Aires. This time, he sees his job as telling a fast, gritty story clearly and succinctly, stressing its language and incorporating sounds of the street and city to provide the backdrop. Instead of duels with swords, he will have knife fights choreographed by Frank Alfano, who staged the fights in an Off-Broadway adaptation of "A Clockwork Orange" in 2015.

See it if You want to see a grungy Action packed and broad version of R&J that emphasizes the humor of the play.like unique settings and takes.

Don't see it if You mind some actors voices not carrying and some of the power of the play being reduced by the playing laughs and playing to the crowd. Read more

"The cast, under the direction of Lukas Raphael, gives a high-energy, vibrant performance…The Drilling Company's Romeo and Juliet is widely accessible to people of various ages and walks of life…and Anwen Darcy (Juliet) is undoubtedly the star."
Read more