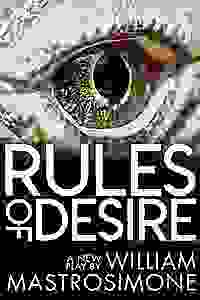 A startling and timely play by the author of EXTREMITIES, RULES OF DESIRE explores issues of power, self-preservation and profound humanism in the context of a frightening beautiful drama. Three characters battle for love, lust, and survival with stealth and a surprising element of comedy.

See it if If you want a serious, at times depressing. Good acting and strong language. Good lighting and sound.

Don't see it if If depressing matters are not for you. Strong language and content. Starts slow and picks up steam.

See it if A twisted and toxic chief naval officer "overbrimming with bitter bile" obsesses over his object of desire: A trapped victimised stowaway.

Don't see it if Necrophilia."I know how to bend a coat hanger/Let's look at the numbers & determine your value/I'd love to see you up your value/Drop towel"

Also "I can divine the female soul through her panties/I can't rock 'n' roll unless you're asleep"... Read more Read less

See it if Somewhat watchable show of a woman illegally snuck aboard a nuclear submarine and what happens.

Don't see it if It's all just talk, talk, talk. Nothing much really happens except a bizarre self-inflicted thing later on. Slow & repetitive. 1hr40min.

See it if You want to see a playwright take a humongous chance and succeed.

Don't see it if You have trouble with gritty dramas that tackle subjects a lot of playwrights don’t have the guts to tackle.

Also William M. is a God. I applaud him in every way possible for taking such a huge risk and pay off is there for me. When he wrote extremities in the early 80s I can only imagine how crazy that was at that time. He really stepped up his game tackling a much riskier subject.
I know a lot of these reviews say that the play is unrealistic. I could debate that but I want to focus on what this play is really about. It focuses on a sick and troubled person who has an addiction to something you’re not allowed to have an addiction to. You couldn’t write a more hateful character and yet by the end of the play I felt so bad for him and could relate to what he was going through. All three of these characters are troubled in their own way. This is very dark and depressing. I loved every minute of it. I loved watching the audience squirm and try to force laughter because they didn’t know how to act.
... Read more Read less

See it if You’re up for an intensely graphic tour of a porn-addicted misogynist’s brain.Sharp, graphic and honest writing, though unbelievable premise

Don't see it if Easily triggered by threats of sexual violence, remarkably frank vulgarity or extreme objectification of women and their bodies.

Also Mastrosimone's new play is an interesting exercise in the use of language in theatre, pushing to the very edge—and perhaps past—of what's acceptable. Way past discomfiting, it's pointed, sharp and unbelievably graphic—and all this without the c-word, which is curiously absent. It's intelligent, well thought-out and researched, but in the end has too many structural holes in plot, physical actions and character consistencies to be more than an exercise en route to a more resolved whole, or perhaps to the vulgar petty officer in a different play. The premise as is, is pretty absurd, too weak to hold up as more than scene study.

Christopher Sutton's strong, intense performance carries all here, finding some humanity in the coarsest lines he'll ever have, over-the-top but for the fact these characters do exist. Harrington has some moments, but her and Biber's inexperience can't fill the gaps left by underwriting and weak direction. Set was great, sound and lights fine.

Helpful?
View in admin Edit
J
Joe Cab
Union City
50-64 | Male
168 reviews
Get Alerts Alerts On Alerts Off
69
The 'felicia' character shows how to stand your ground, tho she does strip to bra&panties. but no sex, cpo harvey weinstein!, Indulgent, Great acting, Christopher sutton plays the porn-programmed cpo & has 90% of the lines in the show. "waiting for godot"s lucky should be next for him?, There's no real or faux sex, just a lot of intimidation.
March 1st, 2020

Don't see it if Don't go if U R expecting a "sex show" or nudity. Most of it is talk-talk-talk, but it could offend people that are inexperienced sexually.

Also The PLAYROOM theater must have been an old strip joint before Actors-Equity took over the building. U have to take an elevator to the 8th fl and there's not much of a lobby area. Bathrooms are surprisingly clean. SPOILERS: As for the show, the most amazing part is THE SET, the entire show takes place in Naval Aircraft Carrier, which already makes the plot suspect, since an avg. sailor "sneaks" a local girl onto the ship without anyone knowing. That is, until the most by-the-book CPO finds them together, threatens prison time for both and then relents. On one condition, when the sailor is on deck the CPO will be with his girl below decks. A sordid deal, but they all agree. Then the major part of the show is the CPO's "training" in both Naval lingo and porn lingo since she doesn't seem to know anything about either. She does shed some clothes at one point, but is never naked or topless. The CPO speaks for about an hour about his carnal plans for the girl but she never gives in. NO RAPE.... Read more Read less

See it if you want to get inside the brain of a damaged abuser. Great acting by this character.

Don't see it if you want a clear message, purpose, or vision that really makes you feel something.

Also My husband thought the message was about showing kindness and empathy to even those who don't deserve it. In his view, this explained some character decisions that I found hard to buy into. I was still left with...what did I just watch and why? I felt the play was too unpleasant/intense to leave us only with the savage dog parallel, or only be an exploration of one woman's ability to reach damaged animals/souls.... Read more Read less

See it if You're curious to see a new William Mastrosimone play.

Don't see it if You want a play where the characters are fully fleshed out.

See it if A striking new play, up close and personal with problem topics. Intense but nimble enough with language and performance

See it if You can handle up close and personal look at a damaged abuser's mindset and a misguided way of expressing desire.

Also A strong piece of work with an intense story that showcases the depths of mental illness. Great acting and the RIGHT length of time for such a play, 1 1/2 hours no intermission.... Read more Read less

See it if you are interested in psychological dramas.

Don't see it if you are put off by frank and misogynistic sexual banter.

See it if you enjoy violence and sex without much depth or logic. Utterly a waste of time.

Don't see it if you have respect for emotions and the right to self determination or you expect good acting.

See it if you liked "Extremities" and want to see William Mastrosimone's new piece about a twisted man and the woman who outsmarts him.

Don't see it if you are triggered by depictions of the threat of sexual assault or tales of imperfect military life.

See it if you like intense dramas with a focus on the minds and interactions of a dominant male and his "prey" in a sexual power situation.

Don't see it if dont like sexually explicit dialogue

See it if You like stories with twists, stories that challenge you to empathize with 'bad' guys, and some surprisingly excellent acting.

Don't see it if I was surprised to not leave this play offended, but there are some confusing messages about consent, misogyny and power here.

Don't see it if You are uncomfortable with sexual situations and a plausible theme.

See it if If you have nothing to do on a Saturday night. A bit boring and although the actors worked hard--it became tedious.

Don't see it if If you are looking for a show to knock your socks off.

See it if See this show for the acting, story and staging. It felt as if one were confined to the ship where it takes place. Real psychological angst.

Don't see it if You don't like gritty scenarios or if you cannot accept servicemen with foibles.

See it if you do not mind a man showing his disrespect for women. Filthy language and disturbing theme. Intense acting by lead. Effective.

Don't see it if you are offended by sexist language and disturbing sexual themes.

See it if you like stories with an unexpected outcome. It's quirky yet both dramatic and funny. Good one liners.

Don't see it if you only like rom-coms. It has suspense not a pat end

See it if You appreciate the unexpected & quickly bounce back if offended. You're game to follow the story regardless of where it goes.Great acting.

Don't see it if You want big colorful sets and lots of scene changes. You expect people to behave a certain way. Outlandish plot.

See it if You want a psychological story that is gripping and at times hard to watch and a twist at the end.

Don't see it if You can’t handle fbombs and sexual issues or are easily triggered.

See it if You want to see an unusual play that is though provoking. Good set and even some laughs despite the heavy themes.

Don't see it if The mention of sexual violence upsets you. Or sexual conversation in general.

See it if Talented young actors, but the more senior actor’s performance could benefit from some variation in intensity. Staging/sets were creative.

Don't see it if Discussions of sexual violence and suicide upset or offend you.

The Playroom Theater
Producer
Get Alerts Alerts On Alerts Off 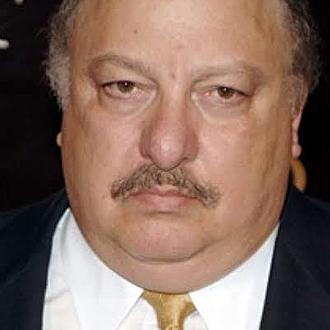 William Mastrosimone
Playwright
Get Alerts Alerts On Alerts Off 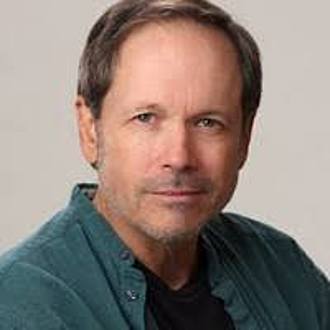 William Roudebush
Director
Get Alerts Alerts On Alerts Off