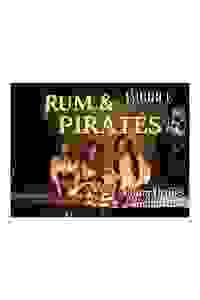 The Imbible employs its signature mix of comedy, science, and history in this musical journey exploring the history of rum and piracy. Admission includes three complimentary rum drinks including authentic pirate recipes.

THE STORY OF RUM TOLD BY SINGING PIRATES!

Join us for New Pirate Onboarding as we muster our crew for the maiden voyage of the Pirate Ship Bumbo! We’ll cover everything there is to know about how to be a successful pirate, starting of course with the history, applications, and proper appreciation of rum. Follow this tropical spirit from its origins in Persia, through the pivotal role it played in forging colonial empires on both sides of the Atlantic by powering the infamous Triangular Trade, to the creation of classic modern-day drinks like the Daiquiri and the Hurricane. Along the way, you’ll be treated to three complimentary rum drinks including authentic pirate recipes while you enjoy gorgeous, traditional sea shanties and experience a taste of life aboard a golden-age pirate ship – all woven into THE IMBIBLE’s signature mix of comedy, science, history, and some of the best drinks in New York!

See it if Booze-infused pirate training and the hoisting of sails on the bow of a clipper.Daiquiri, zombie, and grog. Oh, my. Talented floor show.

Don't see it if Arrrgh-uably the lesser of the franchise. Hygienically-challenged, cramped, decrepit venue. Plastic glasses. No chow. Hint of costume.(1:45) Read more

See it if You enjoy a less than classic theater performance and just like to kick back and have fun.

See it if Entertaining history lesson of the evolution of rum meshed with pirate society.

Don't see it if you're a teetotaler Read more