An unlikely meeting between New York City neighbors fosters a new friendship among two couples, laden with secrets. After an incident in which everything is revealed, they must all come to grips with the pieces of themselves they keep most hidden.

Don't see it if u expect to satisfy ur prurient, voyeuristic curiosity via onstage titillation; u want more than clichéd characters in an awkward talkfest.

Don't see it if Titilations of "Afterglow" not to be found here. And the final word is "Done," as in done and dumber.

Also "Done with you."

See it if you like a well written drama about S & M with good character development. No nudity and any action was part of the story and not gratuitous

Don't see it if you don't like any story about S & M or plots involving gay or gender bending characters.

Also The staging is very good but is much more effective if you sit further up.Lots of action on second level of stage on all sides. This subject is not one I enjoy but the production was done with taste.... Read more Read less

Also I’m going to try not to ruin anything if you have not seen this. The play tackled a very interesting subject but there were two things that drove me crazy. There is absolutely no way that the actor who had a “Business” would teach his female neighbor the secrets. It’s like patient/Dr. confidentiality. He should have understood that his former client would not have wanted this. It like he hoped that she would be able to now satisfy his needs but that was clearly not the case. It would be like my friends in my fantasy football league trying to teach my significant other how to play fantasy football. I may love my partner but I don’t want her in my fantasy football life. I feel like the playwright should know this. Also the female actress was the understudy. I will never pick on an understudy for acting ability but she was not projecting well and in all of her scenes the other actors came down to her level instead of bringing her up to theirs. I blame this on the director... Read more Read less

See it if If you would enjoy examining different points of view on SNM and relationships, if you like plots about topics not usually address in plays.

Don't see it if You are sensitive about SNM snd fo not particularly enjoy plots about alternative relationships.

Don't see it if seeing variant lifestyles depicted on stage makes you uncomfortable.

Also I was actually pleasantly surprised with the complexity of the plot, though the ending does not do it justice. It is not just gratuitous spanking (although there is some) but much more.... Read more Read less

See it if you are interested in sadomasochistic affairs, psychological difficulties of marital & non-traditional friendship relationships & good plot.

Don't see it if you dislike phychological exploration of "deviant," often sexual, behavior, it's effects on relationships & possible origins.

See it if you enjoyed being teased by the idea of a GAY S &M story only to find out later that there's a major heterosexual twist. Huh!

Don't see it if if you don't enjoy being teased with the promise of and S & M story and then are presented with a sprinkle of S & M. YUK!!!

Also The audience was filled with single and coupled gay men who thought they were going to see Afterglow Part 2, but instead discovered that this play was MAINLY about "straight" couple. The play doesn't live up to the poster advertising it. DISAPPOINTING!!!!... Read more Read less

Don't see it if you want to see a completely flushed out story. I felt like this piece only scratched the surface of the story it was trying to tell.

Also Felt like the story had a lot of holes in it and the characters were not fully developed. Was looking for something deeper.... Read more Read less

See it if Coming from the makers of Afterglow, I expected this to be a sexier show than it was. And I'm pleasantly surprised that it wasn't. This was

See it if You're open to an edgy, funny, sometimes rough play that's ultimately about love and communication, way past secrets, addiction or pain.

Don't see it if Themes of bondage, discipline or S&M disturb, or if you can't accept the validity or love possible in alternate life styles, however extreme

See it if you want to see a play about how people deal with problems.

Don't see it if the subject matter of S &M would bother you.

See it if You feel the subject matter is of interest and exploring this 4 characters story can make you understand their situation.

Don't see it if You expect a raunchy show with nudity. This does not occur unlike the playwright's last play Afterglow.

Don't see it if You are offended by sex, or trans people. If you are looking for something with a large cast or looking for a comedy.

Also I thought this was terrific.

To start, the scenic design is fantastic - multilevel set with great use of lighting. Really outstanding.

A tale of two couples and their issues and their relationship with each other, basically.

A few minor complaints I had - some of the scene change music seemed too loud. Also I was confused by how much time was supposed to be passing between scenes near the end because what was happening seemed like it would be months apart but there was literally no indication of that so I was kind of thrown a few times into disbelief.

See it if i liked AFTERGLOW / support gay theatre

Don't see it if this was corny. also, bad writing and acting. :/

See it if you want some understanding of what true love means under the most extraordinary circumstances.

Don't see it if If you have problems with strange relationships.

Don't see it if You are easily offended by sexual situations.

Also I think this is a very good play with some unexpected twists and turns, but the playwright has done himself a disservice with his direction. Although it is visually stunning, the split-level, wrap-around, scrim heavy set keeps the audience at a distance from the characters and slows the pacing. Spectacular sound and lighting. And I applaud the subtle transgender casting.... Read more Read less

See it if You are interested in a very well acted directed play about repressed sexual fetishes. Great lighting and sets.

Don't see it if You are looking for gratuitous nudity for nudity sakes...but it was very sensual on its own terms.

Also I hated Afterglow but i was amazingly surprised by Safeword which has a lot to say about sexual repression among both
gays and straights. Great set and lighting. Well Done. I don't understand the negative reviews except if those people were looking for gratitutous nudity. A well crafted fascinating play! Go My only complaint is that the actress was sometimes hard to hear and we were sitting in row G.
... Read more Read less

See it if It opens up a world many of us don’t know much about. It’s also a fresh look on relationships and how varied we all are. great conclusion

Don't see it if Don’t see it if sexual material is too challenging for you. It deals with a wide array of emotions and views on marriage

See it if You are looking for something on the outter edge of contemporary theatre and are not disturbed by explicit sexual activity.

Don't see it if You are looking for a polite discussion of interpersonal relationships and would rather no know about the darker side of the sex world.

Also Sorry folks, but BDSM is about sex! Just because you leave your shorts on does not remove the sexual connotations, despite how you try to rationalize it. My bet is that 99% of the audience see the practice as sexual in nature regardless of any actual sexual activity. Unfortunately this piece does not quite live up to its predecessor Afterglow. The four actors do an admirable job in telling a complex series of intertwining stories but the ending is a little too convenient and leaves the most difficult unaddressed. Surely the man struggling with his need to relinquish control deserves more than "I'm done with you "... Read more Read less

Don't see it if ... you are opposed to lgbt... discussions sexuality and relationships. 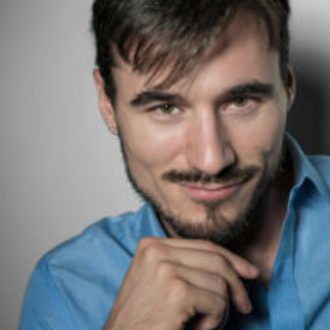