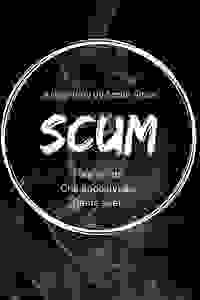 Four Nerds. One Apocalypse. Game Over. Set five years in the future, this world premiere play asks: what are the games we play to survive? And in the midst of an apocalyptic war, what does it mean to win? More…

In the year 2023, the sirens signal nuclear war. Four friends leave behind their board games and comic books to survive underground. Slowly they realize bombs are terrifying, but they're nothing compared to what humans can do.

See it if you want to be among the first to see a new play by an exciting playwright who challenges our expectations.

Don't see it if you have a weak stomach

Also If I could, I'd go back to have the shit scared out of me by Sarah Shear's intense post-apocalyptic play Scum all week. Do yourself a favor, go to http://scumtheplay.com and get tickets to this smart, compelling, only slightly anxiety-inducing play for any performance before they close on Saturday!... Read more Read less

See it if you’re a fan of the horror/thriller genre that pushes its characters past their breaking point, and then some.

Don't see it if You have a fear of enclosed spaces, bodily fluids/blood, or anxiety from an impending nuclear war.

Also This show is not for the faint of heart. This two-hour, intermissionless rollercoaster of a play will renew your nuclear fear and subsequent fear of living in a bunker for an indeterminate amount of time.

The writing keeps the pace quick and engaging throughout its two hour show. The actors fearlessly navigate the line of maintaining sanity in an impossible situation. The sound design is simultaneously campy (with many video game/nerd culture references) and effectively chilling. The lighting design is particularly creative, and impressive for what the script is asking for.

There may have been a rushed moment or two, a line of dialogue missed, but any fault was easily forgotten and forgiven. This is one of the most solid productions I have seen at this level, and I would recommend it to anyone with the heart and stomach for thrill rides.

See it if you enjoy seeing new and exciting works written by female playwrights!

Don't see it if you can't handle plot twists or high pressure situations.

See it if You enjoy intense plays and post-apocalyptic fiction

See it if You want something new

Don't see it if You’re looking for a fun, light evening

See it if Want an experience that leaves you with questions around your friendships, love life, betrayal, survival and what is truly important to you.

Don't see it if You have a weak stomach or are uncomfortable by very candid conversations around bodily fluids or violence.

See it if you want to see a terrifying vision of a nuclear apocalypse that starts as a teen sitcom and ends as something akin to Lord of the Flies.

Don't see it if if you want to leave the theater feeling happy and uplifted. This show is not for the feint of heart.

Also This was the darkest piece of theatre I think I’ve ever seen. The shift from weird teenage dark comedy situation to straight up horror is well done yet still jarring and fits the themes beautifully. The details in the scene transitions, sound design, light design, the use of flashlights and water jugs for light is all incredible. My two critiques have to do with the marketing and pacing. I didn’t get a sense that the characters were the nerds described in the show description. They felt very real and very believable characters, but I don’t think classifying them as nerds in the marketing does them justice, and just makes the most sound one dimensional. As for pacing, I found that a tad too much time is spent in the first part of the story, before the darker tones start to kick in, as the characters were strong and established enough that I understood them quickly and wanted to see them develop more quickly. The ending scene also had a few too many fake outs. But I would watch it again.... Read more Read less

See it if You love post apocalyptic thrillers with intense dissections of human relationships. You love realistic perspectives in realistic scenarios.

Don't see it if You have a narrow point of view on the identity of women in today’s society or have a hard time accepting hard truths about it.

See it if You want to experience some relatable people living out how their apocalyptic dreams woul ACTUALLY unfold. Everyone thinks they’ll be a hero

Don't see it if You’re sensitive to violence or witnessing people’s mental breakdowns.

Don't see it if if you are offended by cursing or adult topics and only want “happily ever after.”

See it if Interesting ideas on problematic behavior in a world indifferent to how people survive.

Don't see it if Not for those with queasy stomachs. The last 15 minutes are very viscerally graphic.

See it if You enjoy challenging, uncompromising, raw theater

Don't see it if You don't like what I described above

See it if you want to laugh, be disturbed, and think beyond your expectations in this play that challenges humanity in clever and surprising ways.

Don't see it if you can’t handle intense violence.

See it if You’re looking for frank discussions on systemic misogyny and the world’s potential destruction, all in an epic narrative with strong acting

Don't see it if These issues make you deeply anxious, or if you find staged violence and bodily functions off-putting

See it if you’re worried about our society and humanity as a whole. It’s thought provoking and intense. What will you do when the apocalypse comes?

Don't see it if you’re looking for feel good fluff.

Also The understanding that love and respect will bind people together forever in an unbreakable embrace is delusional. Relationships take work, and boundaries are essential with communication and effort. Sarah Shear understood this and whipped on over to the grand old typewriter to create 'Scum'. An isolated work of not so unbelievable post apocalyptic drama. The story centers around four friends who take shelter in a bunker to avoid a nuclear disaster that consumes the world. Their world becomes infinitely smaller and their problems are reduced from world hunger to trust that has been breached. A bold exploration of how even those closest to us can undo our happiness when brought too close to us. The characters feel real and the situations they bring themselves transcend likelihood and fly into a completely prophetic statement.... Read more Read less

See it if You enjoy new, thought-provoking works. Scum moves its audiences to ponder the fragility of their minds, lives, and relationships.

Don't see it if The thought of our impending doom freaks you out too much to discuss...but you should absolutely still see it.

See it if An original book, excellent cast, phenomenal all around production!

Don't see it if NOT for the light hearted. Very intense scenes and situations.

Also Last night, I had the pleasure of seeing the driving creative force known as Sarah Shear in her professional debut in Scum: A New Play. This show exceeded my INCREDIBLY high expectations.
The book is refreshingly original. Sarah does an incredible job putting a magnifying glass on a group of people, and showing a realistic vision of what would ACTUALLY happen in an apocalypse. It is not fun.
The cast is EXCEPTIONAL. Everyone on stage does such an incredible job devolving and deteriorating in the bunker. I left leaving uneasy, uncomfortable, and genuinely bummed the fuck out, and it was BRILLIANT.

This is not a show you want to miss. Do yourself a favor and GO. Go on the ride.
#TheGameBegins

See it if if you want all the things one could want in a play: romantic drama, nerd culture references, raunchy humor, and a dark twist!

Don't see it if you do not like crude humor or thinking about our dystopian, apocalyptic future.

See it if See it if you like intense, thought provoking theatre, Incredible performances, stellar writing.

Don't see it if Bodily fluids or violence upsets you.

Also SCUM is a harrowing show that left the entire audience to pick our jaws off the ground. The entire cast does a really amazing job at finding moments of light in an otherwise pretty dark piece. Sarah Shear’s script is phenomenal and shows great potential for future work. GO SEE THIS SHOW. You just need to.... Read more Read less

See it if Last night I had the pleasure of attending Sarah Shear's new show, Scum: A New Play, and let me tell you something... IT WAS STELLAR!

Don't see it if You are afraid to face reality

See it if You like original writing, complex characters, intense acting, beautiful lighting and sound, and examining toxic masculinity

Don't see it if Loud noises, violence, and dark intense themes are triggering

“SCUM” hasn't been reviewed by any Critics (yet!) 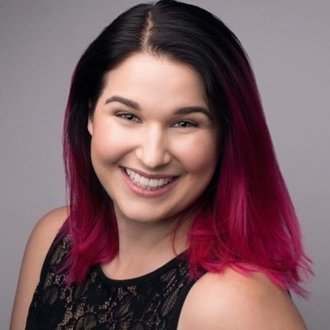 Sarah Shear
Playwright
Get Alerts Alerts On Alerts Off 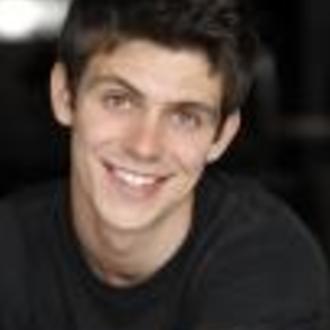 Javan Nelson
Director
Get Alerts Alerts On Alerts Off

Sarah Shear
Bekah
Get Alerts Alerts On Alerts Off 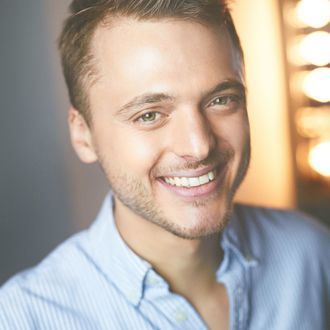 Aaron Mauck
Dan
Get Alerts Alerts On Alerts Off 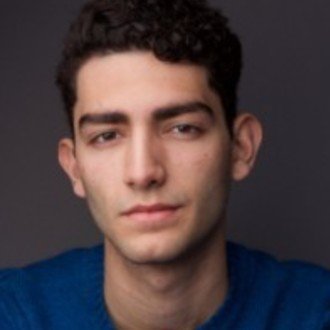 Adrian Abel Amador
Ronnie
Get Alerts Alerts On Alerts Off 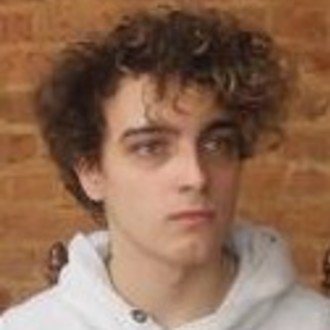