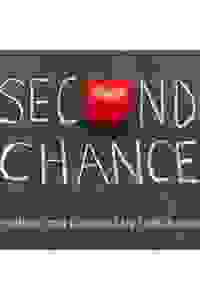 In this drama, on the day a couple renews their wedding vows, a deceased couple are sent to Earth by God to show that there is still love in the world. Part of Theater for the New City's Dream Up Festival.

Play with R&B/Gospel music explores how to overcome misgivings and reinvigorate your marriage.

The story begins in Heaven, with married couple Aunt Nancy and Uncle Pelli being sent down to Earth by God so they can show him that the four loves–storge, agape, eros, and philia–are still alive in a world that seems to be plagued with the senseless acts of violence reported each day. To show that love still exists, Nancy and Pelli go to their living relatives, Marcellus and Nefertit Evers, who after being married for seven years are preparing to renew their wedding vows. Although both are very excited to renew their vows, they each have a different take on what this ceremony means. For Nefertiti, renewing vows is a familial tradition that was passed down from her parents. However, Marcellus is worried that his wife’s insistence on this ritual is a sign that she’s has doubts about his love for her. It drives him to very risky actions to prove otherwise. All the while, the couple is helping to prepare the wedding of Marcellus’ younger sister, Naima, who along with suffering from bipolar depression, is also worried about her fiancé being faithful to her.

See it if you want to support those involved with this production. There is some good singing and the cast is busy throughout using a decent set.

Don't see it if if you are bothered by lots of scenes, hard to hear most of the cast, do not like a preachy script, runs almost two hours, not 90 minutes!

See it if Family, friend in show.

Don't see it if You looking for a smooth show. Too long. Read more

See it if You have an open mind and don't mind seeing a play that has religious undertones. You want to support new work.

Don't see it if You don't like seeing plays that makes many references to religion. You don't like to support new work. You are very critical Read more

Don't see it if you are not interested in black or Caribbean Christian themes, cannot endure 2 hours without interval, mediocre acting or soft quick speech Read more

See it if See it on a rainy day when you have nothing else to do. Sometimes funny but too long.

Don't see it if If you like to hear what the actors are saying. There is no intermission and its almost 2hrs. long. Read more