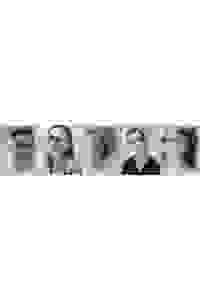 In this U.S. premiere from Quebec auteur Guillaume Corbeil, five friends vie for status in a competition over cultural capital, broadcasting every moment of their lives on the internet - but at what cost?  More…

Five friends vie for status in a competition over cultural capital, broadcasting every moment of their lives on the internet - but at what cost? Through the incisive imagination of virtuoso Quebec auteur Guillaume Corbeil, this United States premiere production explores how each of us shapes our sense of self...can curating the perfect online identity push away the darkness and banality of everyday life?

See it if you relate to the world of electronics and how they destroy real communications, with rapid speed "likes" & comments that often mean little.

Don't see it if you do not like watching written texts performed at lightening speed as the characters portrayed destruct. I found it to be a tiring exhibit

Also Takes the easy way out at every opportunity. This must be what the perils of modern life look like to an Amish person. SY is a vehement indictment of shallowness and spends most of its time pointing/laughing from a self-satisfied distance, but has no insight into why that shallowness is pervasive, profitable, powerfully self-protecting, & seemingly the default mode of existence for the 5 characters. At best, SY might be called pointedly insipid, but it reveals itself to be pointlessly insipid as soon as it (*spoilers*):
- Exposes all the women as depressed rape victims to strongarm you into unearned sympathy
- Identifies all the men as desperate, violent criminals to season SY w/ an unearned sense of dire consequence
- Invokes alcoholism, drug abuse, & sexual exploitation to introduce shock value & artificially raise the stakes

I feel dead inside. Not bcz I empathize w/ the characters but bcz new writing still leans on these titillating devices to juice up a glaring lack of drama.

See it if you want to see a group of very talented actors embrace and dominate an excellent, but very complicated script with a complex theme

Don't see it if a few very bad staging and lighting decisions might make this too complicated for anyone not familiar with the work.

Also I believe that not using paper programs is always a significant error. Here is might be deadly. If the audience had the headshots used in the online program, it might better understand the direction of the play.

Max Hunter, as a director, has some very creative ideas, but he often embraces them to the detriment of the production. Here the opening scene staging is confusing and misleading. My partner and I both reacted with dread when we saw it (we both saw (and loved) the reading, so we had a good idea where it should go). This mistake leaves the audience playing a game of catch-up they reasonably may never win.

The beginning lighting is incredibly harsh and glaring. A softer hue, perhaps burnt orange, is more appropriate in the opening. The glaring blue lighting would be better as the harshness of co-opting another's life unfolds.

The actors in the final scene should "embrace" their new identity, instead Hunter makes it an amusing moment.

See it if you like plays about the extreme narcissism and celebrity worship by the Millennium generation, with non-traditional formats & great acting.

Don't see it if you like dislike non-traditional theater, and repetition to the "Nth" degree that results in a very boring 1 Hr. play.

See it if Loud, confusing, timely, eager, good acting. You will benefit from being in tune with all things relevant to 20-30 year olds today.

Don't see it if You do not care to hear 20 somethings gush about their feelings, problems, reading lists, films, celebs they met.

See it if You have a child in the cast

Don't see it if You want to see a play that is worth your time.

See it if You don't mind being uncomfortable in order to get the message. It is difficult to watch but great acting in difficult piece.

Don't see it if You want a linear story. You just want to be entertained.

See it if You like 5-person shows, hard-working young actors, fast-paced dialogue and if you want to support new playwrights.

Don't see it if You want a sensible plot (it's not), you want to breathe (they never shut up), and if you want believable character development.

See it if you enjoy great writing and acting, and want a thoughtful meditation on the social media phenomenon.

Don't see it if you want story lines and drama. This is conceptual theater about a narrow but timely topic affecting our society.

Also Concept is one note but who cares when it hits the mark? I loved it.

See it if You enjoy shows like Octet or Dear Evan Hansen that comment on how we connect in the digital age; want something fresh and experimental

Don't see it if You are uncomfortable with rape, suicide, drug and alcohol abuse, prostitution, or other sensitive topics

See it if You like current, odd shows that make you think about the world. You like thinking about how social media and tech changes relationships.

Don't see it if The lighting was somewhat jarring and the show was, at times, difficult to understand

See it if Is not a traditional play. It's an experimental— funny and tragic—show about how social-media is shaping our lives.

Don't see it if you are looking for traditional story lines. It's very "avant-garde", and deals with some explicit matters.

Don't see it if You need everything spelled out for you. Or take everything literally. Or can’t sit through an hour play and think.

Also Everyone keeps referring to the actors as young (or “early 20 something’s”) I’m pretty certain most of them are in their mid thirties. Still, they’re excellent... Read more Read less

See it if You want fresh experimental theater with fantastic actors

Don't see it if You need an easy watch

See it if You enjoy creative text and staging

Don't see it if You are easily annoyed or closed minded

Also The fact that people either love or hate this show should be a testament to how well it works. It really is a must see, I can’t properly describe the thrilling roller coaster that it was... Read more Read less

See it if You want to watch some great actors

Don't see it if You want easy entertainment. You’ll have to think and be fully engaged with this

See it if You are hungry for a fresh theatrical experience

Don't see it if You find young people annoying, despite the actors being much older than many people are leading you to believe

Also What a breath of fresh air this show was. Amidst the broadway musical selections being mostly film adaptations I got a sigh of relieve at something FRESH and thoroughly challenging being produced. This was not a cash grab, this was put on for the joy and adventure of art alone and that should be applauded.... Read more Read less

See it if You enjoy fast paced thoughtful theatre

See it if you enjoy experimental structures where the audience has to fill-in the ideas. The actors do an amazing job with difficult dialog.

Don't see it if you want a light entertainment.

See it if Recording the competitive minutiae of life, five undercut the vapidity with deep, dark, important thought:"Me swallowing my saliva." (60mn).

Also "Interests:BBQ babyback ribs/Anything as long as someone else is paying/Me in an Uber." Great floating block stage.... Read more Read less

Don't see it if You are expecting a normal or traditional play. The five actors don’t really communicate with each other they just kind of talk and talk

Also I was really excited about this and looking forward to it but I was very very disappointed. As far as the acting I thought all three females were very good. I didn’t think the two males were as strong. But overall the acting was good I just felt like it was a waste of their time working with this piece of writing. I don’t know who wrote this I think it was translated from another language. The first 16 or so minutes of this are excruciating, five actors just take turns listing different things like movies and musical groups and books. They do eventually move on from this but it was too late for me.... Read more Read less

See it if into a very different experience

Also Five young people in search of themselves; they interact with each other, sharing what they know, who they know, what is in their phones. Yes - it can get repetitive, but then the fun is in trying to understand the big picture and enjoying the flow. If you seek regular theater this will come-off lacking. But to me, this play by a Quebecian writer felt resonant, very-much present, and this New York production fully alive.... Read more Read less 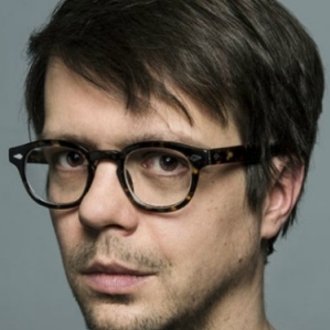 Guillaume Corbeil
Playwright
Get Alerts Alerts On Alerts Off