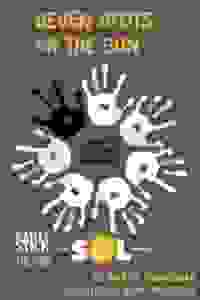 Seven Spots on the Sun NYC Reviews and Tickets

Rattlestick Playwrights Theater and the Sol Project present a meditation on mourning, redemption, and revenge focused on a doctor in a plague-ravaged village who discovers his touch can heal.

The village of San Isidro has been without its doctor for 18 months. Moisés has remained a recluse, refusing to even look at a patient since the day the army took his wife away during the country’s civil war. But when a mysterious plague begins to infect the nearby countryside, the local parish priest convinces Moisés to take action. When Moisés examines his first patient, he discovers he has the miraculous power to cure this plague with just the touch of his hand. As thousands flock to the village to see him, Moisés is forced to confront his past, and San Isidro the violence that tore it apart.

Wish I Could See Them All
671 Reviews | 208 Followers
90
Intense, Edgy, Profound, Relevant, Thought-provoking

See it if Characters suffer from the effects of war and have to choose between peace/forgiveness and justice/revenge afterwards.

Don't see it if Highly confrontational. Some audience members had to distract themselves with their playbills or phones. Read more

See it if you enjoy anti-war narratives with irony & a touch of magic realism, fast moving 85 minutes, relevant to many countries, much to ponder

Don't see it if you don't like loud booms and knocking, or (suggestive) torture scenes, don't like to see the violence normal folk are capable of.

“Several plays are struggling to be heard from within the overwrought architecture...The play is bruised purple with metaphors…It is also unsettling unintentionally, in the clash between its floridness and its heavy burden of witness. Each short-circuits the other, and the result is too often bathos if not outright confusion. The staging is about as unsubtle as it could be...Mengesha encourages the actors to go big...Only in simpler moments is the story able to land convincingly.”
Read more

"We already know that war is hell. It's also messy, which may explain why Zimmerman's new antiwar play, though sometimes searing, is also such a jumble...There's a generic quality to the story and the characters, though the ensemble cast, guided by director Weyni Mengesha, mitigates the latter; we always care about these people, even if we don't fully believe in them...The play does not go down easy. But it's not easily forgotten. It leaves a wound."
Read more

“A derivative play in a beautiful and beguiling production…We wonder if this tell-don't-show style might be more conducive to the page, rather than the stage. Mengesha works hard to dispel that notion with a visually arresting production…Several of the performances are also quite memorable…Can there be a lasting peace without real justice? It is a valuable question that would land with more of an impact if Zimmerman's work didn't feel so much like a throwback to past literary triumphs.”
Read more

"Handsomely mounted and sensitively acted, but the play itself lacks dramatic focus...The narrative jumps back and forth through time too often for clarity. There's an allegory present somewhere, but between moments of brutality, hopefulness, religious hypocrisy and madness, the 80-minute piece is jumbled...'Seven Spots on the Sun' is certainly ambitious and is bound to touch hearts with its sincerity."
Read more

"A parable about revenge and forgiveness that, in its final showdown, attains a punch-in-the-gut power…‘Seven Spots on the Sun’ is a tricky piece of writing, combining brutal realism with fabulistic plot twists and featuring extensive passages of direct address. But, under the assured direction of Weyni Mengesha, these potentially clashing elements come together to wrenching effect. All five principals make strong contributions."
Read more

"Muddled on every crucial level...The narrative threads dramatically intersect but nothing is that compelling. Zimmerman’s stylized dialogue is often in the mode of a poetry slam with colorful and forceful declarations. The play comes across as an academic exercise rather than a work of true feeling grounded in reality...Mengesha has the talented cast performing at full throttle, resulting in overwrought and collectively overall ineffective characterizations."
Read more

"While 'Seven Spots on the Sun' is beautiful in language, it is hampered by underwritten characters and unnecessary detours from the main story...The unconventional story arc doesn't seem to do its subject any favors...The actors all give exceptional performances, and make good use of the rich language that Zimmerman employs...At times the language here is too purple...Mengesha’s staging gets a bit cramped, and is all the more complicated by the timeline."
Read more

“A searing work...This is an allegory and is rich in symbolism...There are scalding performances by Sean Carvajal as Luis, Flor De Liz Perez as Monica, and Rey Lucas as Moisés. Flora Diaz is lovely as Belén and Peter Jay Fernandez is convincing as Eugenio, the priest. The entire cast is commendable. The excellent direction is by Weyni Mengesha. The performers enunciate clearly and project. The effective set is by Arnulfo Maldonado...And yes, this reviewer wept.”
Read more

“These couples collide in a surprising and transformative way as the complex play progresses…Mengesha’s uneven direction detracts from Mr. Zimmerman’s extended metaphor and often undermines the play’s magical realism and extensive use of tropes...Under Ms. Mengesha’s direction, these tropes often conspire to confuse rather than to elucidate meaning. Mr. Zimmerman’s play is successful in its efforts to focus on the effects of war and is worth the look.”
Read more

"Its callowness shows in its occasional slips into melodrama...and an almost obligatory inclusion of the magical realism often associated with Latin American literature. And yet, it is still an effective piece of work...Zimmerman forces the audience to confront the differing ways that people respond to oppression under a totalitarian regime...The cast gives strong performances...Director Mengesha has a tougher time wrangling the fractured narrative but ultimately gets the job done."
Read more

"'Seven Spots on the Sun' fearlessly faces the cruelties of war...The magical realism of Gabriel García Márquez meets the poetical symbolism of Milan Kundera in 'Seven Spots on the Sun,' and is topped with occasionally graphic and realistic scenes of passion and violence...The joined forces of Rattlestick Playwrights Theater and The Sol Project, a young and ambitious company dedicated to producing works by Latinx playwrights, lead to a truly fruitful collaboration."
Read more

“A bleak yet moving tale…‘Seven Spots on the Sun’ is a ferocious play…Director Mengesha and the assembled cast have interpreted the work in blistering fashion…These elements come together into a play that is nothing short of harrowing…A wicked account of war and its consequences, full of raw emotion, and blessedly free of cliche and melodrama. Ideal for the socially minded theatre-goer. A feast for the heart and mind. Recommended to anyone who likes a good play.”
Read more

"A moving anti-war polemic...Like so many plays this year, 'Seven Spots' has become eerily timely in its survey of a society divided...War is hell, if you didn’t know it, but Zimmerman has a chronicler’s gift for seeing broadly. He sustains a mostly convincing narrative, with echoes of Gabriel García Márquez, without becoming overwhelmed by its inventory of horrors. Director Weyni Mengesha, making her New York debut, deserves credit for this tightrope walk as well."
Read more