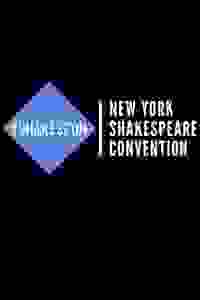 'ShakesCon' is an annual gathering to celebrate the work of the William Shakespeare. Featuring trivia, workshops, and performances centered around the writings of the Bard of Avon.

Join fellow Shakespeare fans for a weekend of laughs, learning, and performance. Now in its third year, the annual Shakespeare Convention is back and bigger than ever. Brought to you by New York theater companies who specialize in his work, this year's event features features full performances of 'Henry the Fifth' and 'A Midsummer Night’s Dream' as told by ten different theater companies, each presenting one of the combined ten acts.

See it if you're a Shakespeare buff & willing to ride the wild, improvisatory spirit that drives this annual performance confab.

Don't see it if a thousand loose ends over the course of an evening of performance are far too many for you to overlook & just enjoy the madness. Read more

See it if You want to laugh your pants off, interact with the performers and eat good food.

Don't see it if You prefer traditional Shakespeare