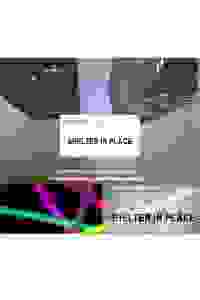 This new short play explores a fictional moment when five people suddenly receive an emergency alert, and everybody panics. Part of Theater for the New City's Dream Up Festival. More…

This piece was inspired by the recent bomb scare at the Time Warner Center in New York City when the NYPD issued the directive “shelter in place” to people in the surrounding area. In a time when we are bombarded by news of violence and uprising, and seemingly paralyzed by a tumultuous political climate, we feel the responsibility to explore this moment’s impact. With both humor and critique, we hope to engage with our rapidly-evolving sociality and connect the events of today to what happened yesterday and the risks of our tomorrow.

See it if you do not mind spending a half hour with five unlikeable characters who are workmates mishandling not only the emergency but everything!

Don't see it if you are impatient with widely variant acting abilities, clumsy script and delivery, stereotype Millennial jargon, personalities, and values,

MandyEliakim
Brooklyn
35-49 | Other
241 reviews
Get Alerts Alerts On Alerts Off
68
Insipid, Silly, Funny, As expected, Had promise
September 11th, 2019

See it if If you like black box theatre. The “Show-Score” reviews were less-than-stellar, so I didn’t expect much out of it. It’s 30-minutes long; it

Don't see it if Gave me enough time to see a show and still make it to work on time— I liked that. It really wasn’t THAT bad, really. It had several funny

Also Moments. I understand one of the actresses- the temp- was making her acting debut, and she was cast well. The premise was decent, so was the acting, it’s just the script was a little disjointed, but, it was watchable. For a 5-character play, during a “shelter-in” crisis, where only 1 character was truly in fear- that probably could’ve been worked on...... Read more Read less

See it if you like very short, superficial, silly, madcap plays.

Don't see it if you demand substance and thought-provoking scenarios.

Also The acting was fine. It was just a silly, boring play. If it had anything to say, I'm sorry but I missed it.... Read more Read less

See it if You want to support a festival where some plays are being workshopped rather than produced.

Don't see it if You want consistent acting or a script that makes any sense. The direction couldn't make up for a script with many holes in it.

Also I saw their opening, and while the cast had chemistry, only a couple of them could really act. The staging was a bit weird (half in dark until one character finally "turns on" the lights) and the central premise seemed more suited to a Kindergarten than a boardroom where this had happened 8 times before (???).... Read more Read less

See it if It’s a short play , however it needed more development of a plot.

Don't see it if Good acting however I didn’t get it.