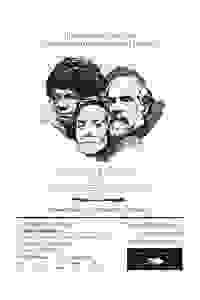 This world premiere solo piece for Theater for the New City's Dream Up Festival explores the lives and legacies of black congresswoman Shirley Chisholm and confederate general Robert E. Lee.

As one statue goes up, another statue is torn down. Shirley Chisholm, Robert E. Lee, & Me seeks to demonstrate how both Chisholm and Lee transcended the constraints of their time and made unpopular decisions that spoke to their humanity rather than the contemporary ideologies they commonly represent.

Relating their stories with his own life, Ashley Christopher Leach celebrates the unpopular choices each of these Americans made and reinterprets how each of them should be viewed. Shirley Chisholm, Robert E. Lee, & Me urges Americans to seek commonalities, even amongst the most unlikely characters, in hopes of healing an already divided nation.

See it if you would enjoy juxtaposing the words and thoughts of two very different historical figures with keen insight and performance by one person.

Don't see it if you are looking for a complete biography of with person or characters playing them and interacting-this is written and acted by one person.

See it if Solo artist perform with readings about Shirley Chisholm, Robert E. Lee and his growing up in the South.

See it if An author’s meaningful and truthful growing up experiences with the influence of two powerful historical Americans. It was very thoughtful.

Don't see it if If you don’t like solo performances with no action, this isn’t your kind of play.

See it if you like a play that makes you think, this time about Chisholm & Lee who sought to inspire people to think beyond prejudice or politics

See it if You enjoy thought provoking and relevant plays, appreciate solo artists who perform their own work and enjoy biographical plays.

See it if You like a solo autobiographical play, the performer playing various characters and using quotes from historical figures giving perspectives

Don't see it if You don’t like solo performances, historical or autobiographical pieces. No interest in Shirley Chisholm or Robert E Lee perspectives.