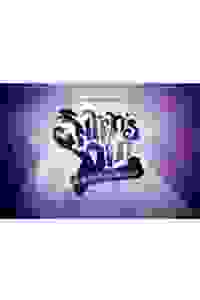 This rock musical puts a modern spin on the myth of the ancient sirens, who lured sailors to their deaths. Here, the turbulent sea is the music industry, and the siren is Skylar Cole, a seductive indie singer in NYC.

Skylar’s biggest fan is Remy Morgan, a young aspiring rock star. Although the two form an immediate bond, their attempts at connection are thwarted by Skylar’s hungry fans known as the Vultures, her possessive personal assistant, her suspicious boyfriend, and her own sordid past. Soon, Remy finds herself drawn into a world of drugs, lust, and empty promises. Will Remy find success? Or will she fall prey to Skylar’s siren song forever?

See it if It's RENT meets Rock of Ages meets Single White Female. Solid music and performances in this still developing show. Google the backstory.

Don't see it if You need to see a fully polished show. You don't like pop/rock music in a show. You hated RENT.

Don't see it if You aren't interested in seeing shows in progress - it's uneven and too long.

See it if you're patient to watch a lengthy work-in-progress with nuggets of terrific harmonies and voice (kudos, Chris Gleim!) and a poignant story.

Don't see it if you're expecting a polished production--set transitions choppy and mikes glitchy--or are indifferent to flawed star/adoring fan dynamic. Read more

See it if You like great singing and rock operas. Rori Nogee is a tremendous talent as writer, and music was great. Highly recommended.

Don't see it if You don't like small theater. This show filled the stage though.

See it if Reviewing a bit too late since it has closed, but if it comes back check out the show Nogee created. She is a talented writer/actress!

Don't see it if You don't like loud rock & roll musicals.

See it if You like original catchy songs with a super witty, sexy theme... excellent job by the writer for creating such large and daring work

See it if you like rock musicals, you like shows that take you on an emotional roller coaster, you want to see terrific acting and singing.

Don't see it if you're looking for something light-hearted with a feel-good ending, you prefer a more traditional musical score. Read more

See it if You love shows like Jonathon Larson wrote, want to see girls rock it out, and enjoy intense drama between all characters...

Don't see it if You don't like rock musicals, are sensitive to drug use onstage or girls kissing...

"I found the peripheral characters were more interestingly drawn than the core...Some of the singing was pitchy at times, though for Skylar's character, that seemed appropriate because she had that oh-well-don't-care punk rock vibe that made her so alluring in the first place...You do need some suspension of disbelief when characters reveal years-old deep dark secrets that anyone would find with a simple Google search. The dancing is exquisite."
Read more