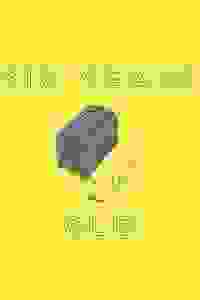 Part of the Corkscrew Festival, "Six Years Old" is a comic and poignant play reflecting back on the wild fantasies and serious desires of queer childhood. More…

Adalaide is six years old, and she knows a few things: her stupid babysitter Kim is stupid, her younger brother Dewey is a naked mole rat, the film Godzilla expresses the paranoid id of the nuclear age, and she does NOT like being treated like a girl. Though Kim takes Adalaide’s frustrations seriously and tries to offer support, Adalaide’s family and peers discourage her, leaving her to seek out dangerous measures in order to transform into who she was born to be (her hero, Han Solo). Six Years Old, by Sam Silbiger, is a comic and poignant play reflecting back on the wild fantasies and serious desires of queer childhood.

See it if You’re interested in seeing an out of the box look at some contemporary issues of today...transgender...parenting... bullying...

Don't see it if If you’re looking for a straightforward play. This is a quirky look at some delicate issues and doesn’t give any clear answers.

Also I liked what this play had to say and I liked the unique way it said it but to be honest the adults as children concept I found to be annoying but I find children to be annoying in general so there’s that. Lol... Read more Read less

See it if you like to see a smart, affecting play about the early emotional development of non-binary kid.

Don't see it if the idea of young adult actors playing very young (4 & 6) children makes you roll your eyes.

Also Sharply directed by Helen Handelman, Corkscrew’s production of Sam Silbiger’s “Six Years Old” is minute-by-minute pretty delightful even as it provides an insightful look into the emotional turmoil that can beset a young, confused non-binary child of 6. That child, Adalaide, & her 4 year-old brother, Dewey, offer the young adult actors Julia Weldon & Conor William Wright plum opportunities to be exasperating, endearing, funny & wise beyond their years. Diane Chen, who’s emerged as an accomplished, varied performer over the past few seasons, shines in a controlled, nuanced performance as the kids’ exasperated but patient babysitter-nanny, & the person who—though Adalaide tries awfully hard to torment her—has the empathy to comprehend Adalaide’s gender unease & the persistence to begin to connect with the child. But in the end it is Adalaide who, in her rage & inarticulate eloquence, forces the family to begin to see them for who they are, & what they want to be.... Read more Read less

Don't see it if You have a problem with adults playing the roles of little kids. both of them did an excellent job

Also if I said I was a liberal that would be an understatement. When I realized the path this play was going down I was terrified that it was going to be A liberal agenda pushed down the audiences throat. It was absolutely not that at all and I’m so proud of the playwright for not going in that direction. This play is cute adorable and charming. All of the actors did an incredible job. I know these festivals can be very hit or miss with the individual shows that are a part of them but this one is definitely a big hit!!... Read more Read less

See it if Lonely 6 year old girl who wants to be a boy and to be accepted by others; shows her unhappiness by fighting with brother, nanny and mom

Don't see it if Queer childhood, parents-kids misunderstanding; mother who wants only the best for her kids and struggling to accept daughter's identity

Also Short play (a little longer than 1 hour), all actors are talented and sound so realistic. Julia Weldon is giving strong performance like they experienced the same situation in their life. Diane, Connor, Meghan-thanks for been so real and keeping our attention... Read more Read less

See it if If you can enjoy adults expertly joyously and playfully playing humorous children.

Don't see it if Your a stick in the mud and only enjoy drama and tragedy.

PS If gender bending comedy is not your cup of tea; don’t see it.

See it if You want to see adults behaving like children

Don't see it if You expect a smart, sensitive portrayal of gender identity issues in childhood.

Also Somewhere, there’s a smart, funny, sensitive play here. Right now it’s too long with too much going on to make much sense.
The choice to use adults rather than actual children here adds to the overall amateurish feel of the production.
... Read more Read less

See it if You want to experience how kids think and react nowadays. Not realistic though, my 6 years old niece surely do not act or talk like that.

Don't see it if Watching a 6 years old talks like an adult is too much for you. Not sure about the focal point of the story is being conveyed.

See it if You are interested in early development of queer identity.

Don't see it if Watching adults act like children makes you uncomfortable.

"There is a sweetness only slightly diluted by tartness to Sam Silbiger's brand new 'Six Years Old,' one of the plays in this year's Corkscrew Theater Festival at the Paradise Factory in the East Village. Six Years Old is a gem of a play, its facets polished by the director Helen Handelman."
read more
Get Alerts Alerts On Alerts Off 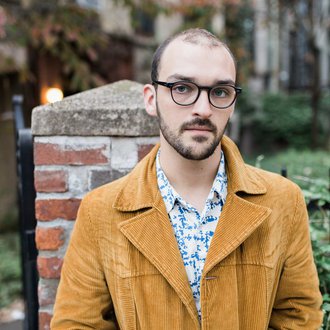 Sam SilBiger
Playwright
Get Alerts Alerts On Alerts Off 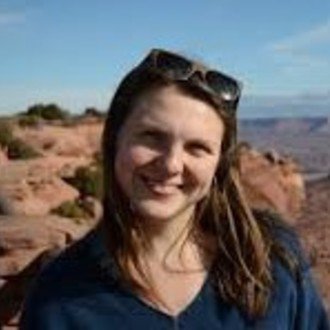 Helen Handelman
Director
Get Alerts Alerts On Alerts Off