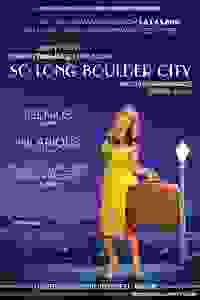 What was it about this poorly produced, shoddily designed and sparsely attended production that was supposed to launch this struggling actress into super stardom? 'So Long Boulder City' is a life-affirming tale of determination, ambition, crushed hopes, and Hollywood triumph.

See it if You want to support an up-and-coming actor who tries his best. Or want to laugh along w/the "creative team" who were the only ones laughing.

See it if you really want to see bad theater

Don't see it if you have any respect for your eyes and ears.

See it if You are a friend of the "artist". You enjoy lampooning what is already self-lampooning. You enjoy laughing at the inept.

Don't see it if You want drama or an interesting character.

See it if You are friends with Jimmy. You like drag. You like pop culture humor. You want to see a show somewhat related to LA LA Land.

Don't see it if You want to be entertained. You want a fast paced show. You want a comedic show to be funny. You want a show that you will remember.

Also I don't know Jimmy other than from this show. His friends seemed to be in the audience. Tons of laughs in the audience from a select group of people with many others just confused with the humor. I can laugh at a lot of things including extremely inappropriate stuff... This show, these jokes where not funny. Hopefully Jimmy has better comedy in store for his other shows online.... Read more Read less

See it if You love satire.

Don't see it if You don’t like self referential comdies

Also A very funny take-off of One Person Shows.

See it if You are entertained by a drag performance along with scripted and some improv material based upon a movie.

Don't see it if You are not up to date on current pop culture as there are many references throughout and likely better if you have seen the movie first.

See it if you like campy shows with tongue firmly in cheek & don’t mind small-scale, low-budget productions. No need to be a “LaLa Land” fan to enjoy.

Don't see it if you don’t like camp, solo performers or you have some strange issue with seeing men portray women.

See it if I didn't enjoy the show ,It wasn't funny and the story was annoying.

Don't see it if a one drag queen show based on a bit of trivia from the film La la Land will not hold your attention for an hour.

See it if You love La La Land or love making fun of La La Land.

See it if You enjoy parodies and Laughing at women

Don't see it if You're offended by humor targeted at females

See it if i love parodies so this was fun, and i hated lala land which made this more enjoyable

See it if You think guys in bad drag is funny.

Don't see it if If you're tired of clever "bad" one-person shows.

See it if entertaining show, making fun of the earnest Mia Darrow from La La Land. Main actor had many of her mannerisms from the movie downpat.

Don't see it if you did not see la la land.

See it if you're tickled by shining a light on bad acting and bad writing and bad show business delusions.

Don't see it if you're not interested in seeing a person do a masterful job at satirizing all the things that make one-person shows terrible.

See it if You've seen La La Land. You like satire. You want a funny satire of terrible one-performer shows. You like camp.

See it if You love solo movie parody shows with an actor who works hard at...something.

Don't see it if You either never saw or saw and loved La La Land. This show didn’t work for me on many levels.

Also There’s a LOT of fussy stage business with dragging around set pieces and onstage wardrobe changes that are too long, unnecessary and sometimes downright bizarre. Maybe if I had seen the movie more recently, these might have made more sense and been less painful to watch. Perhaps this just wasn’t the right show for me.

There was, however, one very touching scene when the character Mia dances the Electric Slide by herself when her dance partner Sebastien doesn’t show.
This was five minutes that was well-performed, but it happened late when I was long ready for the show to be over.

See it if If you’re bored and laugh at anything. Could have potential with a new writer and director on second thought it could use a new star too.

Don't see it if If you need/want to have a good time. Humor is low at best and the seats are uncomfortable.

See it if If you like one person show, if you like spoofs, want to support someone working hard, want to see something out of the ordinary.

Don't see it if You expect a Tony performance, bit budget, expect to see a biological woman in role, don't like satire or spoofs, are straight laced.

Also I admit...this was a bit of a train wreck, but then it was supposed to be. And that's what made it funny. I could relate to a lot of things and some others...not so much. Jimmy touched upon a lot of things that made me go hmmm... Homophobia, racism, current administration and the beliefs that someone from a rural small town might have and the culture shock they may experience. Makes me want to watch LaLa Land again just to say...so that's what happened to it. Go with an open mind, get a few drinks from bar and you'll be ok.... Read more Read less

See it if You are in for an absurd joy ride about self-absorption. Having seen La La Land isn't required but will help you with a few of the jokes.

Don't see it if You are easily offended because there are endless jabs at just about everyone and everything. Nothing is off limits here.

See it if You belong to star Jimmy Fowlie's cult of fanatics--the audience was packed with them screaming with laughter at every cruel jibe. Ugh!

Don't see it if Like me, you consider ditzy pathetic airheaded losers as objects of your pity rather than a source of cruel sniggering glee. Again, ugh!.

See it if You want to be horribly disappointed by a play you thought might be funny. I only gave it a 5 for the $5.00 I payed to see it.

Don't see it if You have any respect for La La Land, Emma Stone, 1 person shows, theater in general or your time. I cannot say AVOID this play loud enough!

Also I felt like there were some true "Waiting for Guffman" moments in this, but it didn't clip along as quickly as I would like, and I felt like it was a little one-note, though I suppose you could argue that so is the character.... Read more Read less

See it if You like quirky plays. Tie ins to LaLa land simewhat a stretch though. Actor certainly tried hard and put himself out there

Don't see it if You expect a clear satire on lala land. More like an actor playing dress up as Emma Stone... though he certainly puts in a good effort 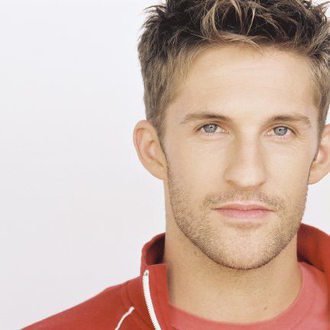 Jimmy Fowlie
Playwright
Get Alerts Alerts On Alerts Off 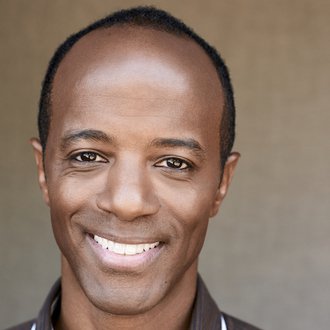 Jordan Black
Playwright
Get Alerts Alerts On Alerts Off

Jordan Black
Director
Get Alerts Alerts On Alerts Off 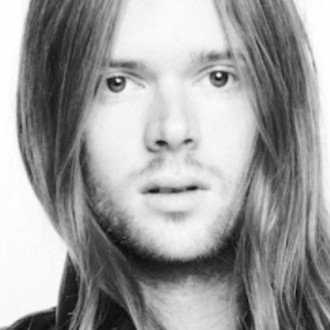 William Graper
Costume Designer
Get Alerts Alerts On Alerts Off 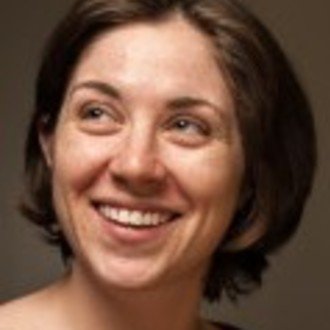 Sarah Lurie
Lighting Designer
Get Alerts Alerts On Alerts Off