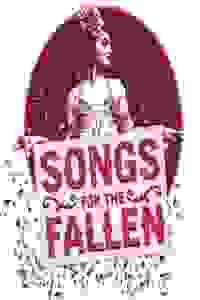 View in admin
Songs For The Fallen
NYC: Midtown W
Score it Scored!

Songs For The Fallen NYC Reviews and Tickets

Part of the New York Musical Theatre Festival, this production combines elements from vaudeville, cabaret, and MTV to tell of the extraordinary life of Marie Duplessis; courtesan, party girl, liar, and legend.

In Paris 1847, we experience a tale of a woman who knew one thing: good girls don’t make history. Follow Marie Duplessis' journey from extreme poverty to infamy, as she becomes the most notorious woman in France. Labeled by historians as the Diana of her time, the Princess of the People, and the muse that inspired "The Lady of the Camellias," "La Traviata," and Baz Lurhmann’s "Moulin Rouge!," retrace her extraordinary story. From the Provinces to Marie's tragic death at the age of 23, this is an invitation to the decadent final party of the real-life woman who defied her fate and captured a nation.

"Part vaudeville act, part rock musical, part very intimate cabaret, 'Songs' is an energetic love song to all of the artforms it pays homage to. Anchored by Harbridge’s divine performance, the show becomes sexy without being vulgar and heartbreaking without being depressing. A romp with vibrant music that recalls Portishead covering Verdi."
Read more

"Like John Cameron Mitchell, Sheridan Harbridge has given the world her 'Hedwig and the Angry Inch...' The music unites pop with glamor...There’s something glorious about seeing a well-polished show...'Songs for the Fallen' is an experience that needs to be had. Sheridan Harbridge needs to showcase her talents on a global level and bring this show to the masses."
Read more

"It’s hard to discern or decide whether 'Songs For The Fallen' is a drama, comedy, musical, cabaret, or something else entirely; though the last would seem to be the most apt, if inept, descriptor...Well-behaved women, it’s been said, don’t make history. That’s why Marie is so fucking famous. And, on a similar basis, Harbridge and collaborators ought to be too. 'Songs For The Fallen' doesn’t fall very far short of a tour de farce."
Read more

"It’s a show where cabaret meets theatre and the language of pop music meets French. Though to be fair, it is the Google Translate version of French...The script could do with a good trim around the edges and some of the music misses the mark. But if there’s a more intriguing performer currently working in Sydney cabaret and theatre than Sheridan Harbridge, I certainly don’t know who it is."
Read more

"What is remarkable about 'Songs for the Fallen' is the serious engagement and respect for the facts of Marie Plessis' history that the author, Sheridan Harbridge, has given to her principal character, for in this invention the text is a rambunctious, noisy musical explosion of the normal storytelling...It has the exhilarating impact of a densely packed experience covering a great range of performance styles and empathetic narrative: comic, musical and dramatic."
Read more

"'Songs for the Fallen' is one of those excellent finds that gives you faith in human ingenuity. It is one of many artistic imaginings of the life of Marie Duplessis, the 19th-century Parisian courtesan best known as the protagonist of 'Moulin Rouge...' The team is obviously dynamite together as the result is a hilarious, self-aware piece of sophisticated debauchery."
Read more