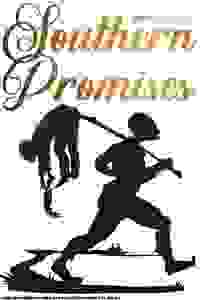 On his deathbed, a plantation owner vows to set his slaves free, but when his wife rejects the request chaos erupts on the plantation. Based on slave narratives and featuring an all PoC company of actors, "Southern Promises" is an examination of the deeply disturbing and utterly corrupting power of American slavery and its lasting grip on our country’s hearts and institutions.

See it if Never one for subtly, early Bradshaw slavery drama is raw, transgressive, violent, powerful Well acted by the "Bats", w/Rivera standing out

Don't see it if Despite potent message, it's often heavyhanded & veers into melodrama "N word" & graphic sexual situations used w/abandon but in context

See it if Bradshaw is never subtle about portraying sex on stage but he's been more clever. Behavior of the masters is shocking tho the drama is inert

See it if you enjoy the audacity of shows at The Flea. Even when I don't like a show, I feel that my horizons have been broadened.

Don't see it if you object to excessive violence on stage and expect well developed characters.

See it if enjoy a well-written play highlighting past issues that still exist today though in a different format. Casted non-traditionally.

Don't see it if need well-rounded characters - many are just characters.

See it if you like Bradshaw's work, his ability to make an audience uncomfortable by creating awkward scenes, and deadpan 'flat' melodramatic dialog.

Don't see it if violence, sex & nudity on stage offends you (sometimes art is all about getting offended, go with the experience!), or expect deeper dialog

See it if you like theatre that makes you think, upsets your view of the world.

Don't see it if you're easily made uncomfortable.

See it if you want to face the truth of living as a white slave owning family and slave family - if we that courage, maybe we can move on together

Don't see it if you can't handle a dramatization of the raw truths of our country's brutality, rape, forced sex by the powerful, injustice, and murder...

Don't see it if You like developed stories and characters.

Also The idea is great to have people of color playing all the roles. But the story is so horribly written that they can’t do anything with it.... Read more Read less

Don't see it if you are easily made uncomfortable by scenes of graphic trauma, such as rape, domestic violence, and murder

Don't see it if you are easily provoked by graphic content

See it if You want a bit of a punch in the gut about the state of race in our recent history. It 's a tough show but well worth the pain

See it if Will leave you pondering your own identity and relationship to America’s original sin. The novel staging with an all POC cast is a must see

Don't see it if Don’t see if you don’t like thought provoking theater. This is not nice theater- it’s meant to make you feel uncomfortable.

See it if You want to see history come to life.

Don't see it if You are easily disturbed by abuse.

Also The show was masterfully put together on all fronts. The directing of the show is thoughtful and striking. The actors claimed ownership of their ancestors’ history and paid tribute to it with emotion and intensity. It makes you cringe at times but the truth behind the writing is intense and brutal. Praise to the cast and crew for having the grace and heart to present this piece.... Read more Read less

See it if If you enjoy lazy storytelling, irresponsible casting, and watching "volunteer" actors do work that seems exploitative.

Also The show is about slavery, big shock. I didn't leave the theater with any new knowledge about what we all already know about the traumatic time in African american and american history. The casting of "all people of color" wasn't helpful either. Hearing someone saying "nigger" that isn't black was more hurtful than helpful in the telling of the story. The casting of "people of color" made the play more bearable and palatable for white audiences who in my opinion weren't able to see a true reflection of what these times entailed. I think the production of this work is irresponsible and lazy from a person who really doesn't understand the black experience. As a black person in america, I'm not against the slave narrative but I want more humanity and dignity given to my ancestors when their stories are told, this didn't do that in the least.... Read more Read less

See it if you'd like to see the revival of an important play about the relations between slave & master in the pre-emancipation US South.

Don't see it if you prefer characters to cartoons.

Also “Southern Promises” (2008) appeared before a spate of new plays dealing with slavery in the US. In the past year alone NYC has seen several productions looking at life in the slaveholding South (“Sugar in Our Wounds,” “The House that Will Not Stand,” “Behind the Sheet,” “The American Tradition,” “The Long Rail North”); 2 of this season’s most distinguished new works (“Slave Play,” “White Noise”) transfer the master-slave dynamic to today. They all speak directly or indirectly to current race relations. “Southern Promises” helped pave the way for the newer plays & is most interesting when considered with its successors. This revival makes lots of sharp observations about slave & master. And yet, being a savage farce, its characters are understandably cartoon-like, which limits empathy & complexity & its application to our racial moment. But the opening sequence, smart, poignant, heartfelt direct remarks from the large cast of color, many mixed race, moved, enlightened & heartened me.... Read more Read less

See it if you want to see a production as formally provocative as Thomas Bradshaw's writing.

Don't see it if you dislike uncomfortable and disturbing theatrical experiences

Thomas Bradshaw
Playwright
Get Alerts Alerts On Alerts Off 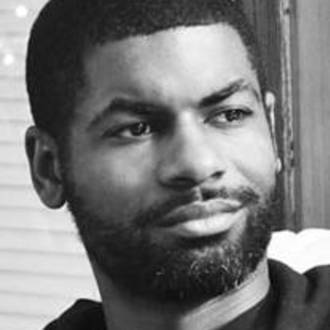 Niegel Smith
Director
Get Alerts Alerts On Alerts Off 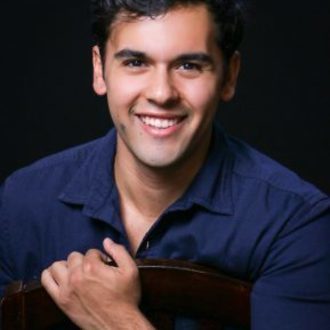 Adam Coy
Cast
Get Alerts Alerts On Alerts Off 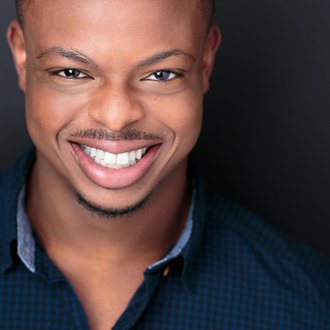