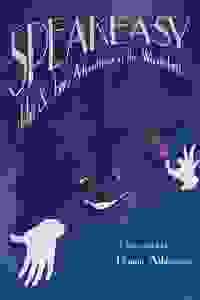 John and Jane Allison are newlyweds in New York City in 1929. Although they love each other, they have desires they haven’t even acknowledged to themselves, let alone explored. But after giving her neighbor Roberta White a kiss, Jane goes 'down the rabbit hole,' entering the strange world of a Speakeasy, where time and space and identity don’t appear to follow conventional rules. On accepting a sexual proposition in a public men’s room, John mysteriously slides 'through the looking glass,' and in one fantastical magical realist dream night, they explore their sexuality through the course of two simultaneous and intertwining magical adventures.

See it if you really want to support new musicals that are in progress. A few moments of nice singing. You like your raunchy content strangely sexless

Don't see it if You value your time. I don't think they cut anything and there was a lot that should have been cut. It was 3h15. Laughably bad lyrics.

See it if You loved Cabaret or Moulin Rouge and want to see something of a similar vein, even if it's not nearly as polished.

Don't see it if You want a short night at the theater, as this clocks in at 3 1/2 hours. You're looking for a tight story with no fat on it.

See it if You are interested in LGBT history and think you would enjoy a musical with 40 musical numbers & would appreciate clever shoestring show.

Don't see it if You thought Gone With The Wind was too long... This is longer. Longer than the original Star Is Born BEFORE it was cut for being too long.

Don't see it if You can't stand long shows

Don't see it if You like good singing, acting, or plot

See it if If you're looking for an intimate performance by world class entertainers while sipping delectable cocktails this is for you.

Don't see it if If you are looking to share a meal + conversation this may not be the show for you. Hors d'oeuvres are the only eats. The focus is on stage.

"'Ambitious' seems such a tame adjective to apply to 'Speakeasy'...But how else to describe a show that boasts a cast of 23 who perform 40 songs over the course of an evening that runs close to four hours?...Within its massive sprawl, there lies an intriguing tale of queer life during the Roaring 20s...It is, however, hard to picture a life for 'Speakeasy' beyond this production, until and unless someone finds a way to shrink it down to size."
Read more