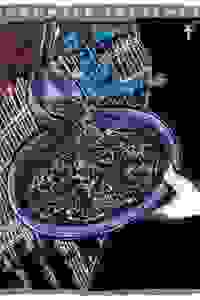 View in admin
St Joan of the Stockyards
NYC: Brooklyn
Score it Scored!

St Joan of the Stockyards NYC Reviews and Tickets

Bertolt Brecht's darkly comic Marxist parable tells of a would-be do-gooder who comes into conflict with a meatpacking capitalist named Pierpont Mauler. St. Joan of the Stockyards is the play that got Brecht driven out of Germany by the Nazis and was never performed in his lifetime. It focuses on the pursuit of justice in a system driven by profit, and pits the individual against society in the fight for good.

"Even those who deem themselves 'not a Brecht person' will probably reconsider this position after seeing 'Saint Joan'...Kleinert endows the production with a healthy dose of levity, despite the seriousness of the depressing subject. You'd cry if you could only stop laughing...Even the most die-hard capitalist will have a hard time walking away from this production without a smile on his face and a song in his heart. This is how you do Brecht."
Read more